Steve Ballmer: Clippers Will Not ‘Suck for a Year, Two Years’ 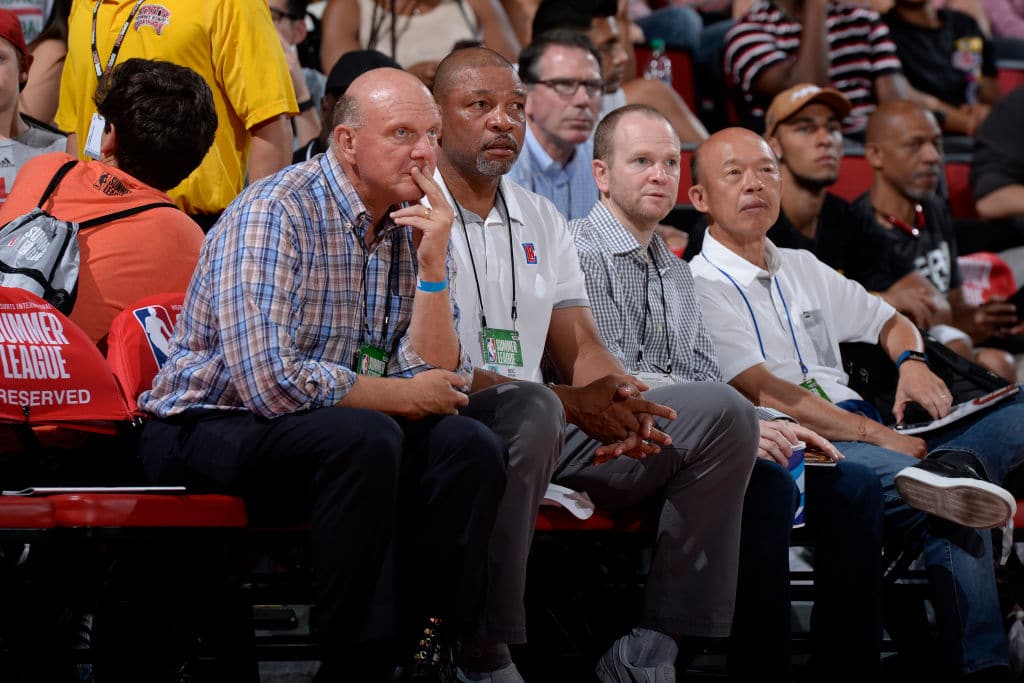 The LA Clippers are not going to tank for high draft picks.

Team owner Steve Ballmer told a gathering of season-ticket holders that the Clips aren’t “going to show up and suck for a year, two years.”

A fired-up Steve Ballmer is preaching a message of better days ahead — and Clippers fans are believing https://t.co/JH0rFrl2Te

Ballmer told fans he couldn’t look them in the eye if the organization went down the same long, arduous path the Philadalphia Sixers took back to respectability.

He held an audience of about 2,500 in the palm of his never-still hands. He promised no miracles, more hot dogs and a tough-minded team backed by a front office that finally has salary-cap flexibility and is eager to dive into the anticipated 2019 free-agent bonanza. “You’ve got to take the payroll down to take it up. We’re going to recruit our asses off, whatever it takes to give you the best team that we can give you year in and year out,” he said.

Ballmer also vowed that the Clippers won’t tank to get a better draft pick. “That ain’t us. Nuh-uh, no way,” he said. “People can do it their way. We’re going to be good our way. We’re not going to show up and suck for a year, two years. I think we got higher expectations on us than the long, hard five, six years of absolute crap like the 76ers put in. How could we look you guys in the eye if we did that to you?”

[Jerry] West, subdued by nature, enjoyed Ballmer’s animated delivery. “Being around him is like a breath of fresh air,” West said, smiling. “He’s like this all the time. I told Lawrence [Frank], ‘If he goes home, can you imagine his wife having to hear this all the time?’ She’s very quiet, by the way.”