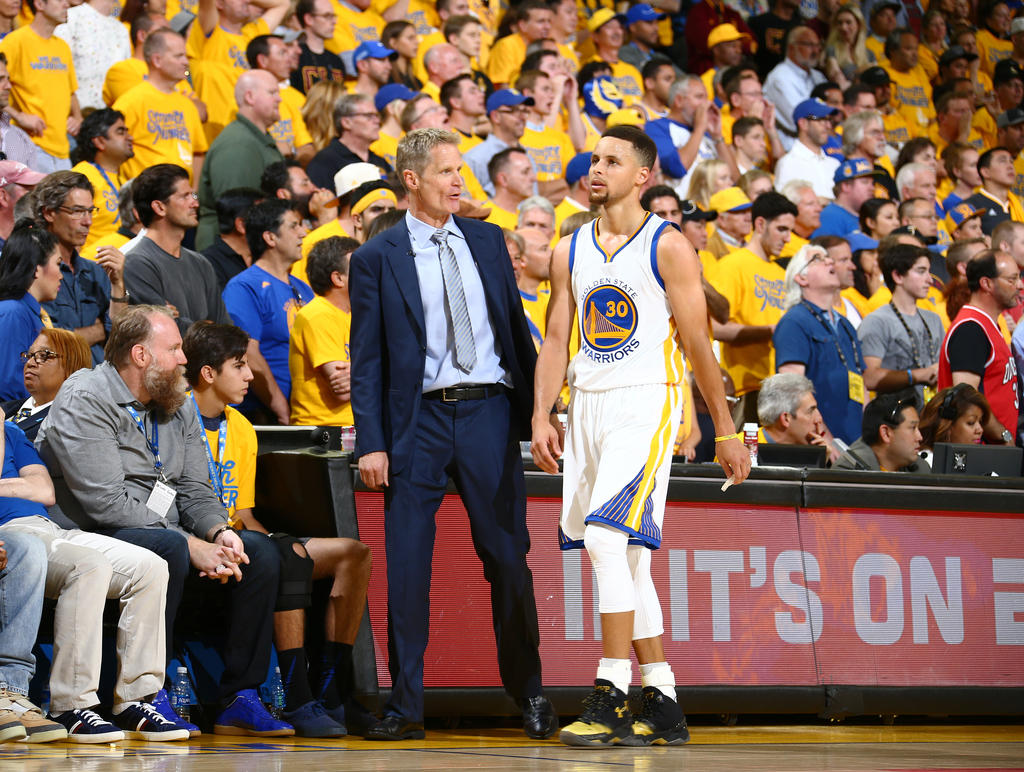 Stephen Curry was moping after sitting out the Golden State Warriors’ final defensive possession against the Cleveland Cavaliers on Christmas, but head coach Steve Kerr isn’t second-guessing his decision.

Kerr says the Dubs needed size and length in that situation.

Steve Kerr on Steph Curry's adjustment this season with KD around pic.twitter.com/ImxPSHAZkC

“It’s (Kerr’s) call obviously, but the competitive nature, you want to be out there to make a play,” Curry said. “That’ll never die in me.”

“We wanted more length,” Kerr said. “Shaun (Livingston) gives us a lot of length — the ability to go up and get a rebound on a missed shot, if we need to switch something, we can switch like-sized. It’s nothing that needs to be discussed. Every player wants to be out there all the time, but we’re going to do whatever we think is going to be best for the current moment.”

As for how it might sit with Curry? […] “He’s a big boy,” Kerr said. “He’s a two-time MVP. He’s an unbelievably mature, thoughtful person. He was, I’m sure, upset how the game went for him just like I was upset after the game. But in the end, we’re all together, win or lose, keep pushing forward.”