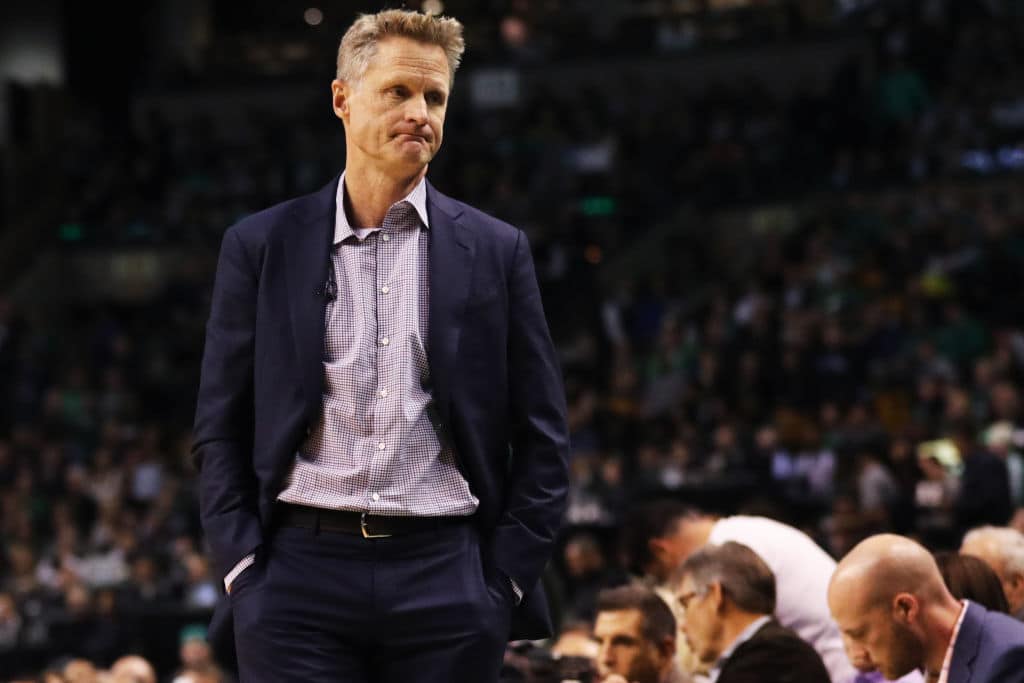 Kerr says both guys must be thrilled with the media attention they’ve received.

Steve Kerr on the Trump, LaVar stuff: “Two people seeking attention…It’d be nice if you stopped covering both of them.” pic.twitter.com/qwfL7I8sFr

Trump lashed out at Ball after he felt he didn’t get enough credit for helping LiAngelo Ball and two UCLA teammates get out of legal trouble in China.

“Modern life,” Kerr could only shrug before his Warriors faced Brooklyn on Sunday at Barclays Center. “Two people seeking attention, and they’re both getting it. I’m sure both guys are really happy.

“It would help if all of you [media members] stopped covering both of them. Is that possible? You could probably stop covering LaVar. I don’t think you could stop covering the president. It’d be nice for all of us if both of them would just be quiet. Wouldn’t that be great?”

All three players took responsibility for their actions, apologized in a Wednesday press conference and thanked Trump for his help. But after LiAngelo Ball’s father downplayed Trump’s role in getting the players back stateside, the president tweeted Sunday morning that he “should have left them in jail!”