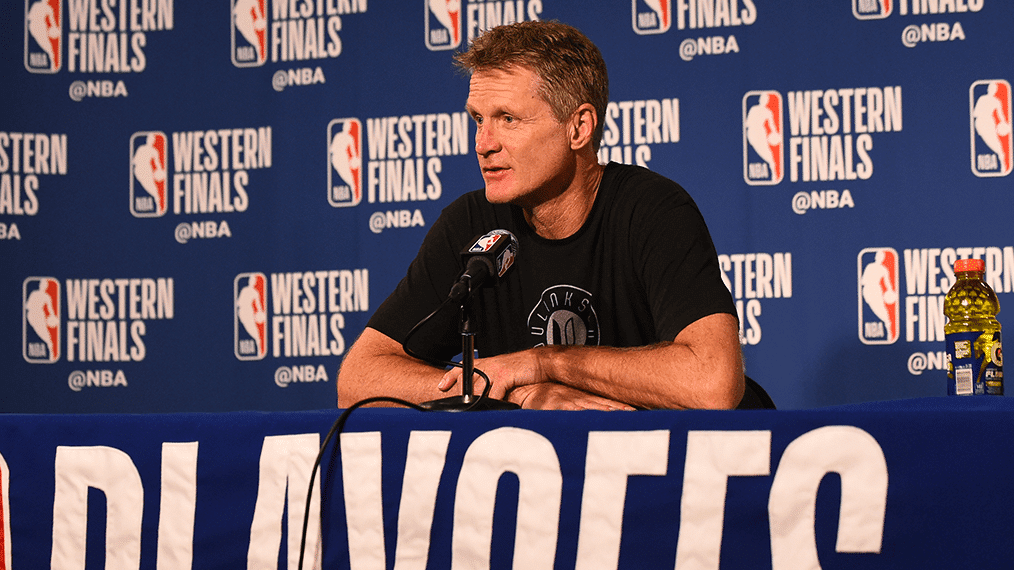 Steve Kerr has been as candid as they come since joining the NBA’s head coaching ranks nearly four seasons ago, and he kept it real with reporters after being asked about the NFL’s new anthem policy that’ll reportedly go into effect this fall (via SF Gate):

“They’re basically trying to use the anthem as fake patriotism, nationalism, scaring people,” Kerr said. “It’s idiotic, but that’s how the NFL has handled their business. I’m proud to be in a league that understands patriotism in America is about free speech, peacefully protesting.

“I think our leadership in the NBA understands that the NFL players were kneeling to protest police brutality, to protest racial inequality. They weren’t disrespecting the flag or the military. Our president decided to make it about that and the NFL followed suit and pandered to their fan base.

“That created this hysterical … It’s kind of what’s wrong with our country right now. People in high places are trying to divide us, divide loyalties and make this about the flag, as if the flag is something other than what it really is.“It’s a representation of what we’re about — diversity, peaceful protest, right to free speech. It’s really ironic, actually, what the NFL is doing.”

A growing number of NFL players have raised awareness about racial inequality and police brutality by kneeling, sitting, raising a fist during the pregame playing of the anthem. The NFL’s new anthem policy will reportedly fine any player or team personnel that participates.