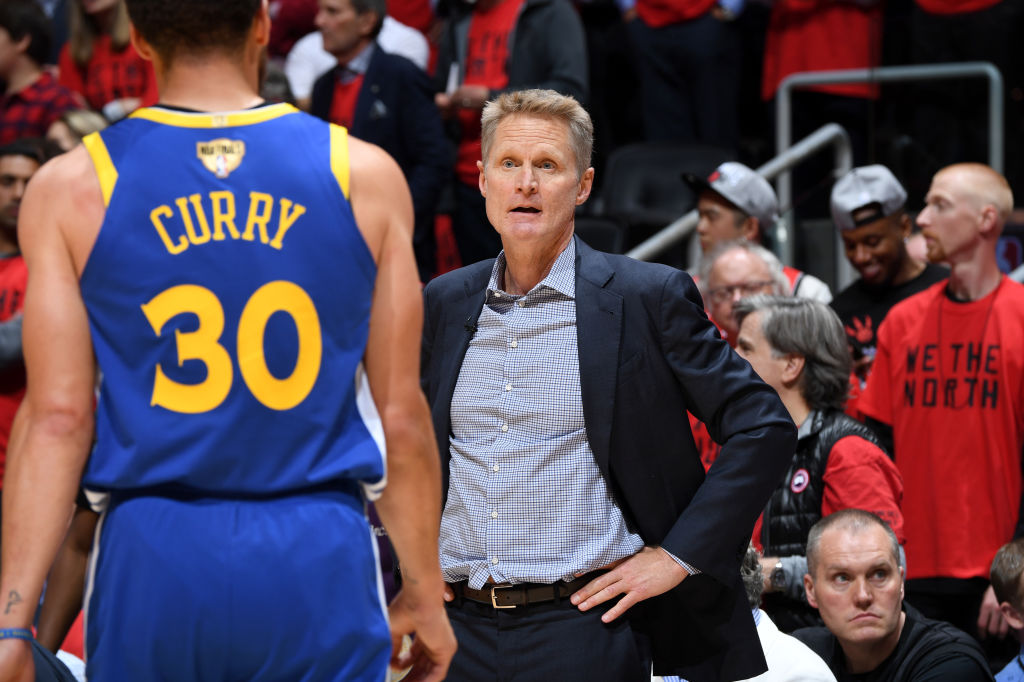 The Golden State Warriors in recent years have been among the best teams to ever step foot on a basketball court. This season, with injuries and changes in personnel, things look a bit different.

Despite that, a few of the things that have stayed constant are Steph Curry’s greatness and Steve Kerr’s philosophy of ball movement and getting production out of everyone he puts on the floor.

As good as Curry was during Golden State’s championships, he got his teammates involved and got the most out of them. The attention that opposing defenses have to put toward him allows Curry to make his teammates better.

To Kerr, Curry making those surrounding him more efficient is more important now than it ever has been. Without Klay Thompson, guys like Andrew Wiggins and Kelly Oubre are carrying a heavy offensive load.

Kerr has gone out of his way to make sure he runs plays to get other guys involved. He talked to Marcus Thompson of The Athletic about this on Monday after a dominant performance from Curry against the Minnesota Timberwolves.

“The reason for mixing it up and not just giving it to Steph and saying, ‘Just make a play for the rest of the night every time’ — you’re trying to engage the team and you’re trying to build something that’s greater than the sum of its parts. And when Steph is at his best, he’s flying off screens, two defenders are running at him, we’re slipping to the rim, guys are getting dunks, everybody is happy, everybody is engaged. The defense is frustrated because they can’t load up on him. And Steph knows that. That’s always the balance we’re trying to find. We want him to be aggressive. But if we just had him run pick-and-roll every time, I don’t think our team would be that good, frankly.”

Long story short, getting everyone involved and moving the ball is key. It’s a team game and the Warriors will be most successful if everyone is getting shots and the offensive load is distributed more evenly. Kerr knows best, as he led Golden State to three titles since 2015.