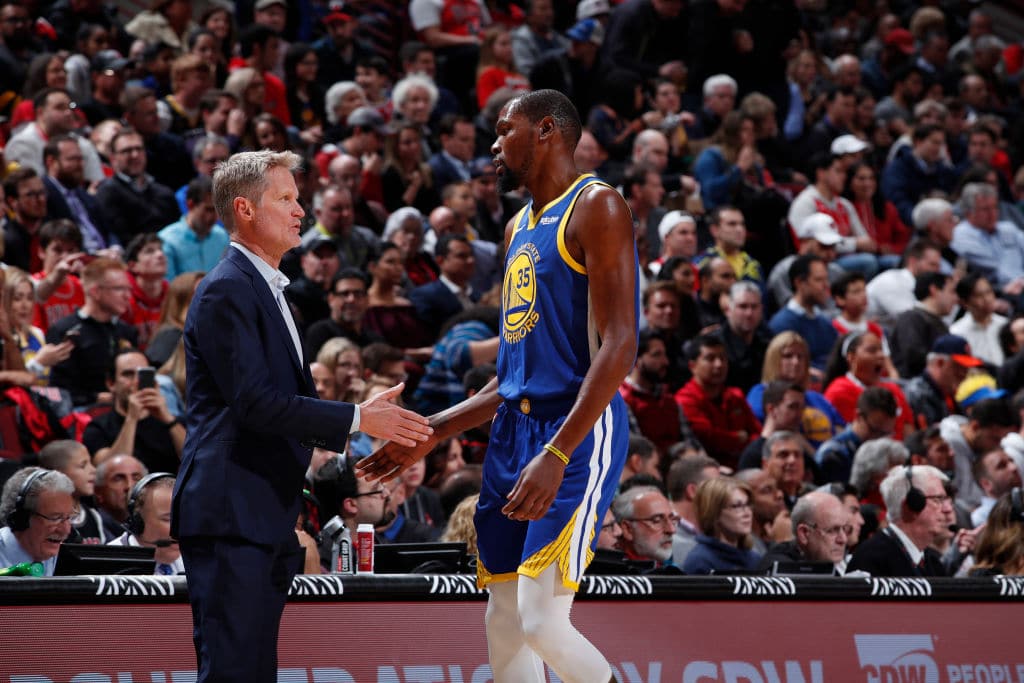 Kerr says it’s a matter of fact that, the deeper a team goes into the postseason, the more it must rely on superstar players’ individual greatness.

The Warriors, sans KD, are now headed into their “most important” training camp since Kerr took over in 2014.

“I wasn’t at all offended what Kevin said because it’s basically the truth,” Kerr said. “You look at any system, I mean, I played the triangle with Michael Jordan. The offense ran a lot smoother all regular season and the first couple rounds of the playoffs than it did in the conference finals and Finals. It just did.”

Kerr continued: “That’s why guys like Michael Jordan and Kevin Durant and Kobe Bryant are who they are. They can transcend any defense. But defenses in the playoffs, deep in the playoffs, combined with the physicality of the game — where refs can’t possibly call a foul every time — means that superstars have to take over. No system is just going to dice a Finals defense up. You have to rely on individual play. I didn’t look at (his comment) as offensive. I look at that as fact.”

Kerr then got reflective.

“For us, with Kevin, I look at the ’16-17 season, his first year, as really our apex,” Kerr said. “We had great offenses every year. But that year, we had a great combination of movement and flow and systemic success combined with the brilliance of his 1-on-1 play. That was the peak of our offense functioning. That’s ideally what you want as a coach. You want a system that you can count on to get organized, get people comfortable. Then you want a couple guys who can break down a defense on their own when the offense can’t get a shot up. That’s what championship basketball is about to me.”

Related Steve Kerr: Warriors to ‘Re-Imagine Everything and Adapt Accordingly’