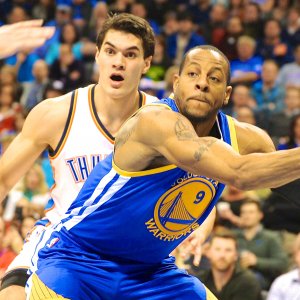 Team USA’s muted reaction to the Haka dance prior to its blowout of New Zealand this week amused everyone on the Internet. According to Steven Adams, Andre Iguodala took it too far with his jokey-jokes.

The OKC Thunder big man took offense to what he viewed as Iguodala making fun of his culture. Per the Sydney Morning Herald:

It is most commonly associated with the All Blacks, but the haka has well and truly spread beyond the realm of New Zealand’s national rugby team.

On Tuesday, the Tall Blacks were the latest New Zealand side to belt out the traditional Maori challenge before facing the US at the Basketball World Cup.

The Americans appeared bemused even though they had been told beforehand that the haka would take place. Some of the US players clapped politely at the end of the traditional Maori challenge.

Iguodala on Twitter did not respect New Zealand’s Haka. Steven Adams had something to tell him pic.twitter.com/EKZOMY3cWJ