Success From the Struggle

Taurean Prince shares how he found his way. 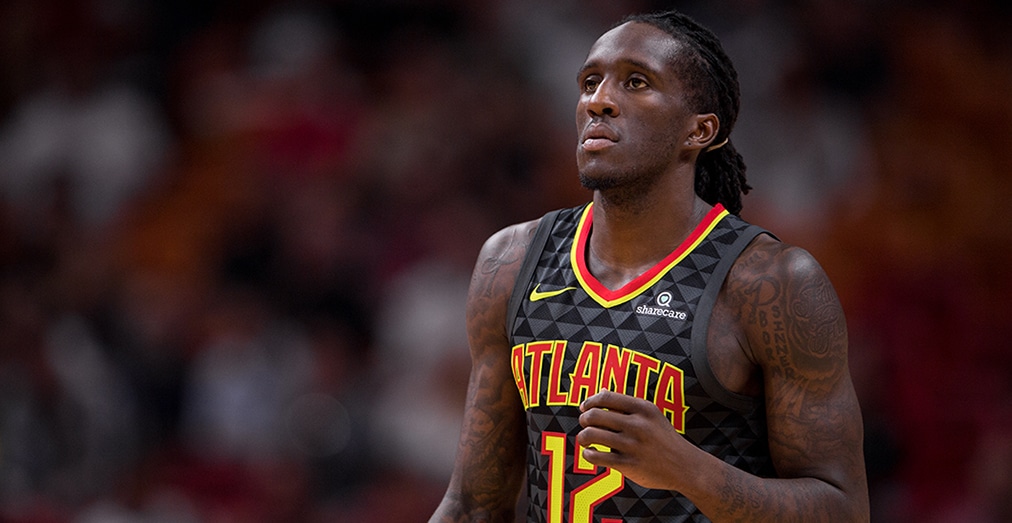 Taurean Prince doesn’t like to talk about the time in his life when he was homeless. He didn’t even tell his mother that he and his father were struggling about a decade ago. In fact, he never told anyone. Instead, the San Antonio, TX, native kept it pushing and learned how to handle controversy. He came out the other side and made it to the League. Now he’s using the lessons he learned back then to succeed on the court.

“I think me being homeless with my father, us having to go through certain things. For a couple of years, I didn’t even tell my own mother. I could’ve easily just told her and then ran home but at the same time, I wanted to show my dad loyalty,” Prince says. “I think that comes from the poise I had as a young kid, learning to get through things with the people that are close to me and not relying on stealing or doing crazy things to comfort me. I handled it the correct way and turned all negatives into positives.”

Poise. Prince uses that word a lot. It helped him get through tough nights at shelters and it helped him become the Hawks’ second-leading scorer this season. It’s the reason he’s smoothly transitioned to a bigger role on the squad, ranking third in assists and second in steals.

He runs high pick-and-rolls now, too. He gets the ball at the top of the three-point line, reads the defense and makes plays. It’s a stark difference from last year, when he was the ball handler in 44 total pick and roll situations. He’s already been used in 42 this season.

The 23-year-old’s evolution on the court can be traced back to his upbringing in Texas.

“Keeping the right mindset, still going to school the next day, being respectful to my teachers, still going to play those sports that I loved playing. Treat my friends right. Nobody ever knew,” Prince remembers. “I think that goes to staying poised and staying comfortable in uncomfortable situations. I think that goes well with my basketball career and how I carry myself on a daily basis no matter who I gotta guard. No matter if a guy scores on me or not. Just stay poised and get to the next and worry about what you can control.”

Though the Hawks are 3-14, Prince has been able to control how hard he plays on a nightly basis. And he’s been playing his ass off.

“We’re competitive, that’s first and foremost,” the 6-8 forward says. “We’re gonna give it our all every night and we’re gonna search for Ws every night, no matter who we’re playing.”

In addition to establishing his reputation as a relentless competitor, Prince has shown that he’s a serious sneakerhead. He’s been breaking out rare retro adidas silhouettes so far this year. He first popped up on the sneaker radar when he hooped in the adidas T-Mac 3 last season. As a kid, Prince was a huge fan of McGrady’s.

“He wasn’t afraid to be different,” Prince says about the Hall of Famer. “Even though back then he was adidas, he really made a staple and made it known to the sneaker world that adidas was here to stay. Even his little gesture he did for the All-Star Game, switching up the kicks,—wearing one red, one blue—that right there made me like, OK, you can switch it up on people and do what you want and still make an impact.”

Prince has been making an impact so far. When he laced up the T-Mac 5 a few weeks ago, McGrady commented on his IG post, appreciative of the love.

Taurean Prince wearing the T-Mac 5. Game over for tonight. pic.twitter.com/Yo1vluL6gp

Considering what he’s been through, it’s been one hell of a journey for Prince to make it to Atlanta. It’s all clicking now and he’s has found his comfort zone both on and off the court.

“I spend a lot of my downtime just chilling with my family,” he says. “I really feel like if you do too much going out, you kinda get sidetracked. I try to spend as much as time with them as possible…To be honest, I don’t watch TV. To be honest, I haven’t caught an NBA game this year. I just do my due diligence, watching film on whoever I’m guarding or whoever we’ll be playing. I just stick to myself and really just stay out the way.”