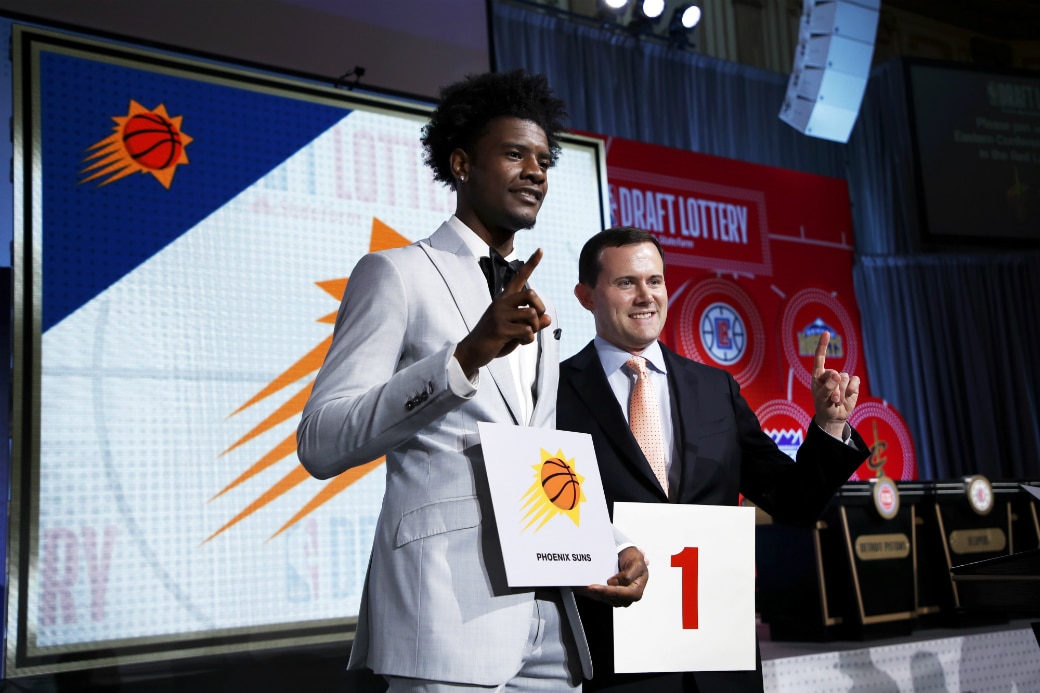 For the first time in franchise history, the Phoenix Suns are set to make the No. 1 pick in the NBA draft.

That is, if they don’t trade it beforehand.

Appearing on ESPN during the combine, Suns GM Ryan McDonough said the organization is “certainly open” to moving the pick if the right deal arises:

Suns GM Ryan McDonough says the Suns are open to moving back in the 2018 NBA Draft. pic.twitter.com/UmM2WC8TDw

“We’re certainly open to that. We’ll consider it. I think we’ll have more information closer to the draft than we do today after we go through the workout process and the interview process. Get the medicals, physicals. We’re open to that. I think if you look around the NBA, as far as the veteran players, there are probably a few we’d consider trading the pick for, outright, just pick for player. It will be a busy month for us.”

The 2018 draft will take place June 21 at Barclays Center.