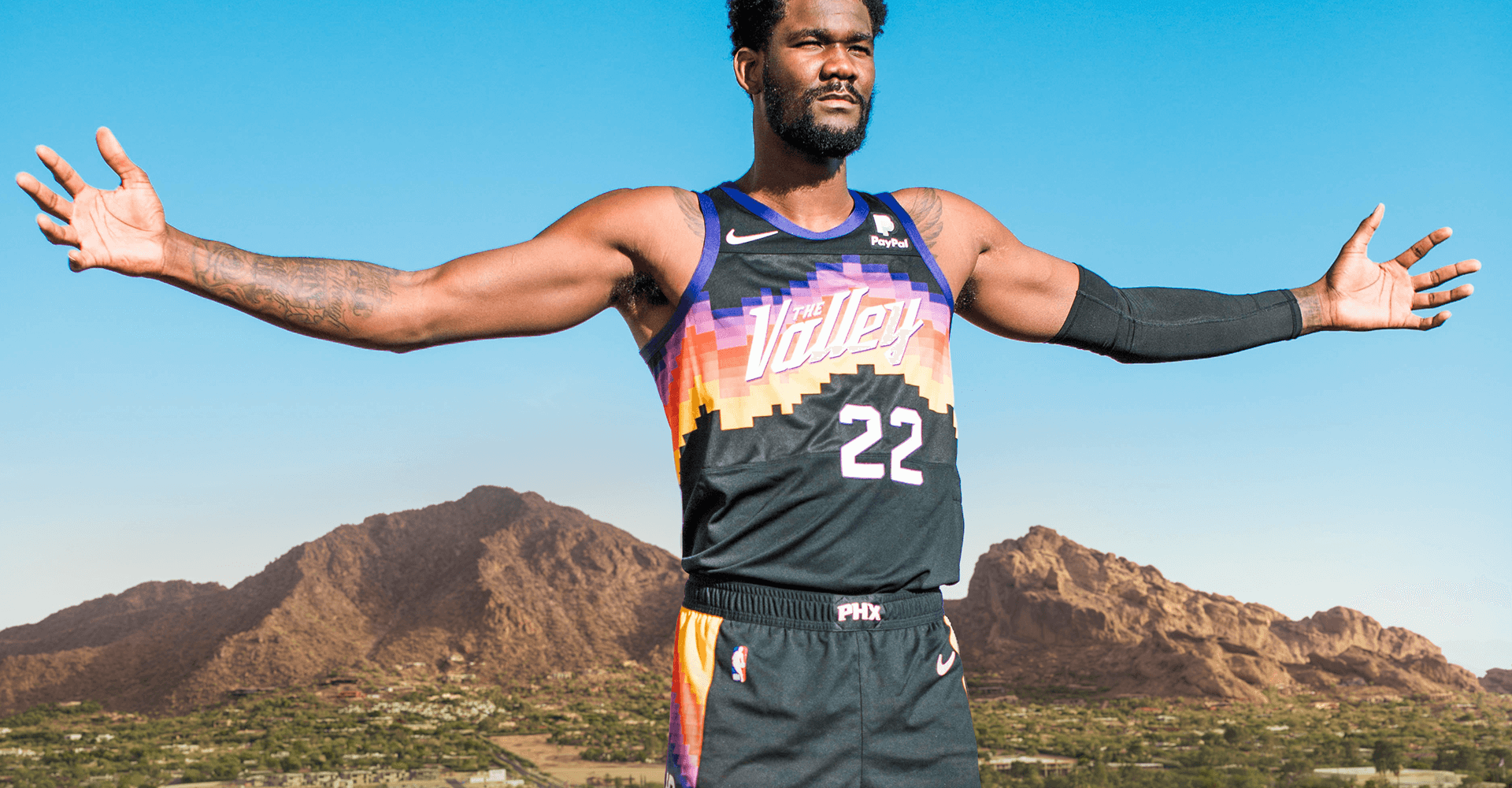 With Nike as the NBA’s official apparel provider, we have the luxury of getting a new batch of special City Edition jerseys every season. Most recenly, we got a look at what the Phoenix Suns will have the opportunity to wear in the upcoming season, in partnership with PayPal.

As stated in the official website, “The Valley of the Sun” began to catch on as a nickname for the Phoenix metropolitan area as part of a 1930s campaign to drive population rise and economic expansion in the cities that lie within the Salt River Valley. To honor that nickname, the Suns’ new City Edition threads will have “The Valley” across the chest.

Behind “The Valley” is the rocky Camelback Mountain, where year-round residents and visitors alike soak in the depth and landscape of The Valley. Just as the Suns are putting in the work to grind their way toward the NBA’s peak, Camelback’s magnificent view is rewarded to all those willing to accept the journey and make the challenging climb.

This same design will go along the sides of the shorts along with the throwback sunburst logo. Introduced alongside the Suns’ home arena in 1992, both the sunburst displayed on the shorts and the building they play in have progressed to fit the current culture of the team. The bold logo conveys the Suns’ fast pace and flair on the court, as well as the organization’s forward trajectory.

Image courtesy of the Phoenix Suns