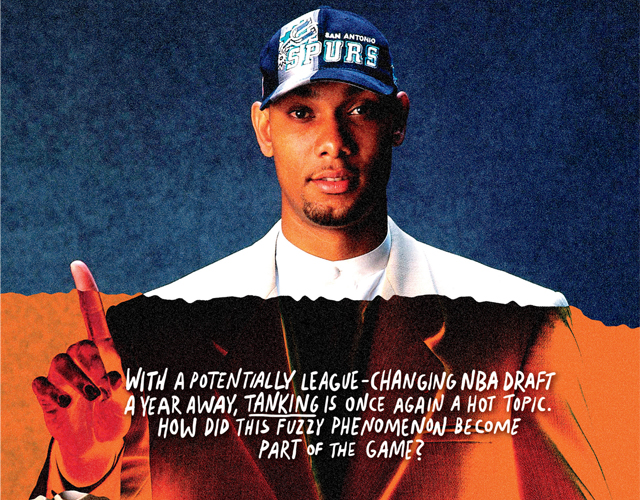 As fans filed out of TD Banknorth Garden in Boston on January 22, 2007, there was a feeling of what could have been. Not what could have been on that night in particular—the hometown Celtics sunk to 16 games below .500 and were facing a powerhouse, so a W wasn’t expected—but what could have been for the franchise itself. A return to its once-glorious past. The team had just lost their eighth straight game, this one at the hands of the San Antonio Spurs, during what would become a torturous and humiliating 18-game skid.

That June, the Spurs would win their fourth Championship of the Tim Duncan Era. The Celtics, meanwhile, would be headed to their sixth Lottery, having made just four Playoff appearances during that same span.

Flashback 10 years prior: It’s January, ’97, and the Spurs are also in Boston for their yearly visit. Each team that night walked out with less than 10 wins to go with 23 losses—they were two of the NBA’s worst. The Celtics were fresh off of three losing seasons in the three years following Reggie Lewis’ death, regular cellar-dwellers with a subpar roster; San Antonio, though, was coming off of seven straight Playoff appearances and was struggling this season only because former MVP David Robinson was sidelined for the season with an injury.

On this night, the Celtics won the battle, 107-83, but they went on to lose the war. It was a war about losing—losing the most games to win the best Lottery odds, and get to select Tim Duncan first overall that June. The Green accomplished the first two, amassing just 15 wins that year but struck out on the one that mattered most. Instead, the Spurs won the Lottery, took Duncan, and in more than a decade and a half since, haven’t looked back. The season and its outcome remain both one of the most glaring examples of tanking and a reminder of how it can go historically right and devastatingly wrong.

The 15,928 in attendance on that early ’07 night in Beantown knew all of this, even if they didn’t recall the specifics. Those Celtics rounded out the season with the League’s second-worst record, setting themselves up for a great shot at either Greg Oden or Kevin Durant. But the Lottery again did them no favors, and they got the fifth pick, the worst possible outcome based on their finish, and the slot they had the lowest chance (12 percent) of securing.

Once again, they airballed.

Duncan is the kind of player, both as a talent and winner, who only comes around a couple times every generation. Certainly the injury-plagued Oden has proven not to be this. And while KD gives every indication that he is that kind of player and will get those rings, it’s yet to happen.

Many believe that the upcoming 2014 Draft includes at least one (Andrew Wiggins) and potentially multiple (Jabari Parker, Julius Randle, Dante Exum) of this kind of player. And most agree that it’s the deepest Draft in at least a decade. Does that mean that the Celtics—now a trio of Hall of Famers short of a Big Three—and other teams that, on paper, seem destined for the League’s cellar, will do their best to secure a spot at the bottom of the standings and the top of the Lottery’s odds? Would it be worth it, and what would make it so? Solely a Championship, or something else, like star power and ticket sales? Why did this phenomenon start, and how long will it be a part of the game?

Tanking is more of an institutional reality than a nightly one. It’s about the vision that management and ownership have for building a franchise, and how they allow that to inform the roster they field, rather than about players shooting ill-advised shots intentionally. Good luck finding an NBA player who steps out on the court—playing for himself, the name on the back of his jersey, his teammates, his city, his job security, his health—who doesn’t try his hardest to win each night.

“Any credible organization that wants to build a winning attitude, your players cannot hear, ‘OK, go lose this game,’” says Hakeem Olajuwon, who skipped his final year at the University of Houston in hopes that he’d be selected by the Rockets. “The coach and the manager might know that, but you’re not going to let your players know that.”

Even so, as he suggests, when the front office has dismantled a roster, there’s only so much to be done.

“I was bringing in guys like Nate Driggers and Brett Szabo,” ML Carr, the coach of the ’96-97 Celtics, said earlier this year. “It was a joke. But the idea was not to make a move that would help us too much.”

John Lucas, the Cavs coach for the first half of their successful ’02-03 tanking, the year that they won the Lottery and drafted LeBron James, faced similar obstacles. “They trade all our guys away and we go real young, and the goal was to get LeBron and also to sell the team,” he recalled in 2010. “I didn’t have a chance.”

But where does the line for rebuilding end and the one for tanking begin?

From 1981 through 1990, the Nuggets reached the Playoffs every year, though they made it past the second round just once, and never reached a Finals. They decided it was time for retooling after the 1990 season. They traded their leading scorer, All-Star Fat Lever, and let their second leading scorer, eight-time All-Star and future Hall of Famer Alex English, walk in free agency. They also fired coach Doug Moe, who had guided them to each of those Playoffs.

Despite having the worst record in the League the next year, they were stuck with the worst possible outcome based on the odds: fourth overall. In that sense, like it later would for the Celtics, the tanking failed. The Nugs drafted Dikembe Mutombo, and then landed in the Lottery the next two seasons, before making the Playoffs in ’93-94 and ’94-95. Those would be their only two Playoff appearances in a 13-year span from the time they parted with Lever and English to the time they drafted Carmelo Anthony third in ’03.

Two things become clear here. First, even in piling up losses to become the League’s worst, there’s a good chance a team won’t get the highest pick possible. Since the weighted Lottery system came into effect before the 1990 Draft, the worst team has gotten the first pick only three out of 24 times. It’s gone to the team with the fifth worst record five times.

Second, even if they did for a season or two at first, it’s hard to imagine the Nuggets tanked for a decade-plus. This just reinforces that franchises can be relegated to the Lottery year after year, like they were, and still show no signs of life if they’re making poor personnel decisions. In 1998, Denver drafted Raef Lafrentz (No. 3 overall) ahead of Paul Pierce, Dirk Nowitzki, Vince Carter and Antawn Jamison, and lost out on their Lottery pick via trades in 1996, 1999, 2000 and 2001.

The Celtics tell a similar, if potentially opposing, story. While missing on Duncan shouldn’t have been the disaster it turned out to be, since they still had the third and sixth picks that year, in 2007 they were able to flip that missed Oden/Durant pick for Ray Allen, acquire Kevin Garnett a month later, and a year after that complete the largest turnaround in NBA history en route to winning their first title since ’86. But that was no thanks to their losing ways or the outcome of the Lottery in either ’97 or ’07. Instead, shrewd personnel moves and apt post-Lottery drafting skill—they took, via trade with the Suns, Rajon Rondo at No. 21 in ’06—allowed them to piece together a winner.

The failure (1997) and success (2007) at turning around the franchise point to three of the most important factors when it comes to tanking: luck, other personnel moves and draft depth and peak.

Now, as the NBA season tips off, the Celtics look a lot like those 1990 Nuggets. They’ve parted with their two biggest stars and the coach that turned their franchise around. They’re in rebuilding mode just like they were six and 18 years ago. Is it rebuilding, or tanking? President of Basketball Operations Danny Ainge has sworn off the latter. Even if the Cs buck the tanking temptation this time around, bet that a handful of others won’t. And for those who don’t, come Lottery Day, Draft Night, or an opening jump five years from now, will they be any closer to winning a Larry O’Brien Trophy?

Beginning in 1966, the first selection in the NBA Draft was awarded to the winner of a coin flip between the teams with the worst record in each conferences. From there, other teams would select in reverse order of their finish in the standings.

This system was put to the test during the 1983-84 season. As that campaign wound down, the five teams with the worst records finished one of two ways: respectably, given that they were one of the NBA’s worst; or awfully, in turn making them one of the NBA’s worst. In that first category were the Pacers (7-8); Clippers (13-15); and Cavs (16-24). On the other end were the Rockets (3-14) and Bulls (6-27). It was no coincidence, many around the League charged, that the losers, Houston and Chicago, were the only ones who could benefit from finishing last in their conference and entering the coin flip; the other three franchises had already dealt their pick away.

Now, nearly 30 years after the 1984 Draft, it’s safe to say it was one of the greatest ever. The first with Commissioner David Stern at the helm of the League featured four would-be Hall of Famers: Olajuwon, Michael Jordan, Charles Barkley and John Stockton. Heading into the evening, Hakeem and Michael seemed to be the two biggest prizes.

The Rockets beat the Pacers in the flip and took The Dream. Of course, Portland, with Indy’s pick, took Sam Bowie, which allowed the Bulls to select Jordan. But the late-season antics were enough for the League to make a major change: They instituted a Lottery, where each non-Playoff team was given an equal shot at the No. 1 pick, before shifting to a weighted Lottery—all to deter intentional losing.

Olajuwon, like Duncan, is an uncommon player—also one of the greatest of all time. It took a decade and a Jordan retirement, but The Dream would eventually lead the Rockets to two rings. Meanwhile, the resounding success of the Spurs’ tank job was extremely rare. They had a future Hall of Famer, near his prime, already on the roster in Robinson; until that season, winning had been a way of life for the players and staff for nearly a decade; plus, they struck gold with the Lottery. That’s the rarest of combos.

Since the inception of the Lottery, only 17 percent of teams with the worst record have ended up with the first pick. And in the last 30 years, only three players selected first overall have led the teams that drafted them to a Championship: Robinson, Duncan and Olajuwon.

Is it worth making a mockery of a season with hopes that the top pick of the 2014 NBA Draft—or whatever Draft thereafter—will become a member of this elite group? Maybe, but to this point, history hasn’t been kind. 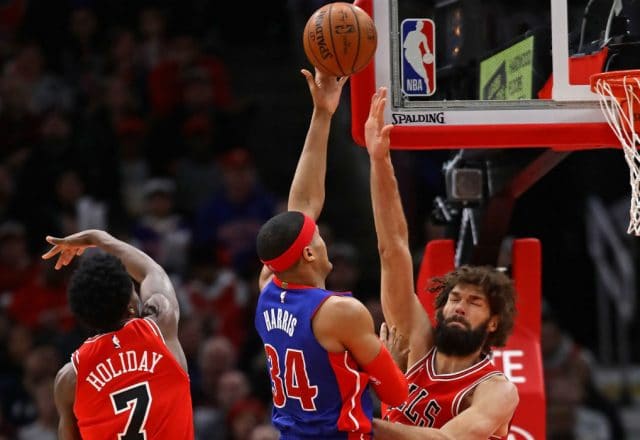 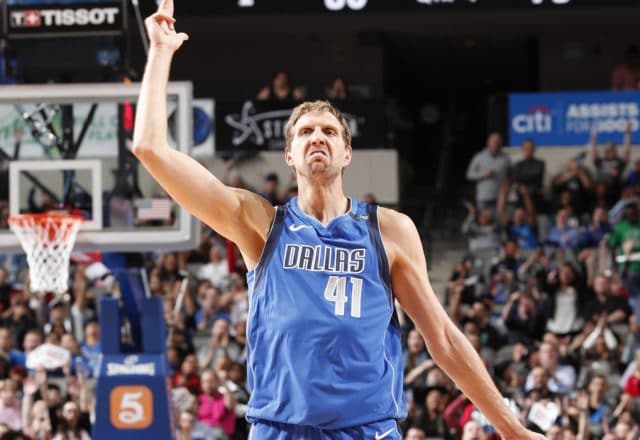 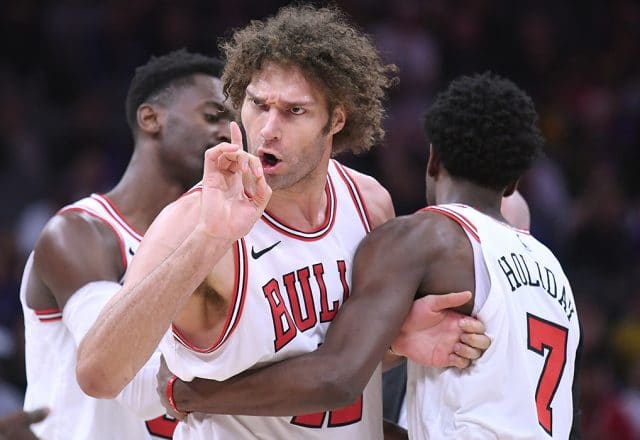 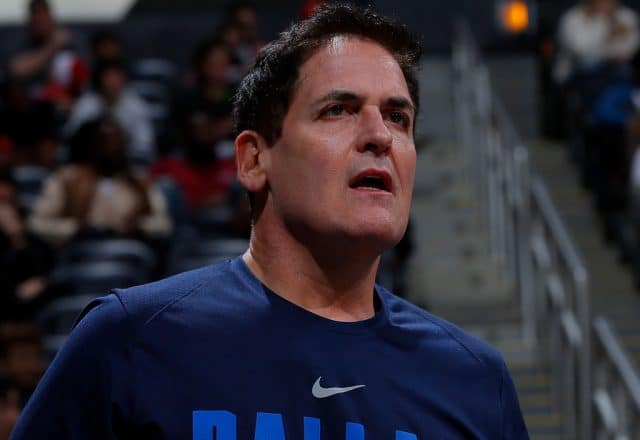 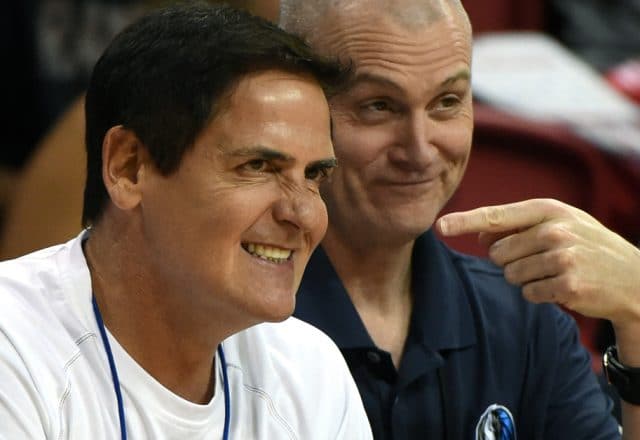