I suppose it should be just as hard to find Matt Hoover as it was. He is secretly running a website for the basketball version of apostates and people on the lam, and it feels kind of like a gang. I have joined that gang, unwittingly, and now I would like to meet the guy who runs my gang.

Matt operates a website called Tankathon.com, which helps you root for the imminent destruction of your favorite basketball team in granular detail. You wouldn’t know this. Nobody really knows who runs Tankathon.com, the website where losses are marked with green arrows so they look benevolent and wholesome. But I do.

I do because I have a bunch of research tools for my other job where I find the listless Russian youths who got paid a few million rubles by Vladimir Putin’s favorite oligarch to make your aunt hate Hillary Clinton. Since his name is nowhere on Tankathon.com, those tools are how I found out Matt Hoover, 33, from Illinois, runs that website.

Most people think Tankathon is comprised of several people who all look and sound like a silent Nate Silver. But it’s just Matt, the website he made a few years ago because he wanted his beloved Bulls to lose all the time, and the suddenly enormous burden of a few million NBA fans’ hopes and dreams.

“I never really planned for the mystique,” he tells me. “I get a kick out of everyone on Twitter assuming it’s multiple people. It’s a one-man operation, and I have a normal 9-to-5 somewhere else.”

Twenty-five million people have clicked the “simulate lottery” button on Tankathon in the last 18 months, Matt tells me. The phrase “*checks Tankathon*” has become a bit of a meme on Twitter for fans who are freshly disappointed by their team’s most recent win and want to find out how badly this will ruin their chances at snagging Slovenian point guard Luka Doncic or Arizona big man DeAndre Ayton in the upcoming draft. 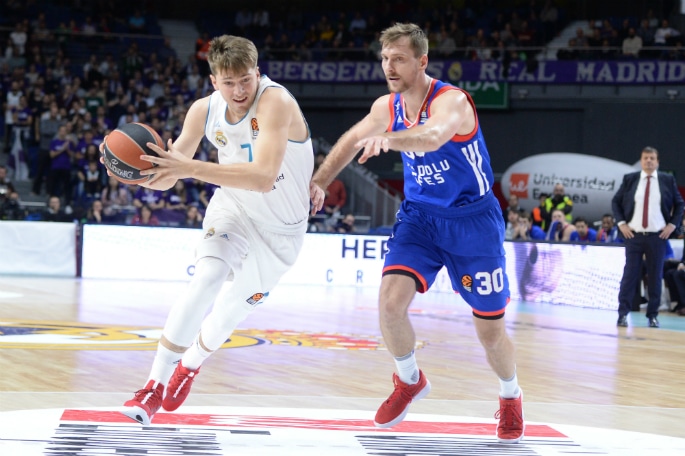 And that’s why it feels like a gang: This website has served as a nice, warm community for assuaging any guilt in rooting against my beloved Mavericks as we take a rocketship to the Western Conference toilet. It also feels immoral and weird checking a website every day to see how mathematically good my team is at failing.

So I am now using Matt as both a gang leader and therapist.

“I like to think that my website is good for the NBA. Fans of these teams that suck, it gives them an outlet to keep engaging with the day-in and day-out of the league, even if they’re rooting against their teams,” says Hoover, a Bulls fan who started the site when he was sick of checking ESPN’s standings in reverse order after Derrick Rose got hurt in 2013. “It might affect ticket sales negatively, but online and in TV ratings, it’s a boost.”

The guy has a point. I have succumbed to watching full Real Madrid games on YouTube to see Luka Doncic whip passes around confused, old Euroleague Spaniards who are fully aware that Magic Johnson has somehow given all of his powers to a 19-year-old Slovenian.

I’ve seen more videos breaking down Luka and Ayton, who appears to be 200-feet tall, than I’ve watched Netflix in the last two months. Both are generational talents. Both are hope personified, distilled into YouTube compilations lovingly uploaded by teenagers with access to European sports networks.

Especially now, you have to seek out hope wherever you can find it. It’s necessary. Not sure if you’ve seen the news recently.

Matt is an Ayton believer. It’s why he has DeAndre at the top of his mock draft, which people on Twitter appear to think is run by a secret society of 70-year-old basketball scouts. It’s just Matt, doing the YouTube refresh thing we’re all doing. His mock, one of the only free and reliably good ones left on the internet, might actually influence where a player is drafted.

“I was earlier than others to put Trae Young pretty high, then he was in the top-10 everywhere,” he says. “It is kind of scary to think about the impact of [my mock draft].”

Watching a team win 25 of 82 games is pretty scary, too. Thanks to Matt’s secret therapy gang, I didn’t have to do it.

Ben Collins is a brilliant writer and a reporter for NBC News. He’s also a SLAM columnist and writes The Outlet, a monthly column in which BC muses on…well, whatever he wants. Follow him on Twitter @oneunderscore_.