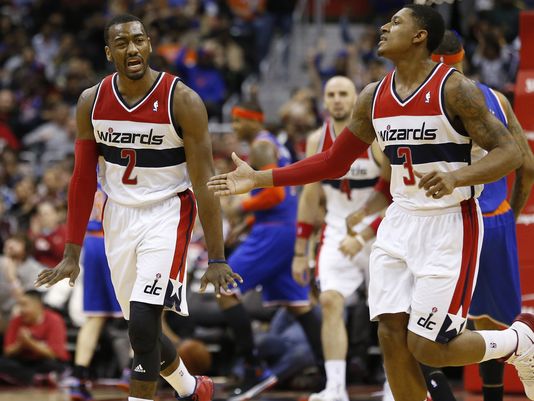 With Paul George already out, the U.S. men’s national team reduced its roster down to 16 players, this after cutting John Wall, Bradley Beal and Paul Millsap. Per the AP:

Wall and Beal, teammates in Washington, were part of a crowded backcourt that’s particularly deep at point guard, Wall’s position. Millsap, Atlanta’s All-Star forward, was the last player added to the roster of players who were invited to Las Vegas for training camp.

Coach Mike Krzyzewski doesn’t think the (Paul George) injury will cause players to rethink playing for the national team. […] “I really believe that the players will still want to play and will want to serve their country and get better and be part of an experience that only a few get a chance to be a part of,” he said Monday on Sirius XM NBA Radio.