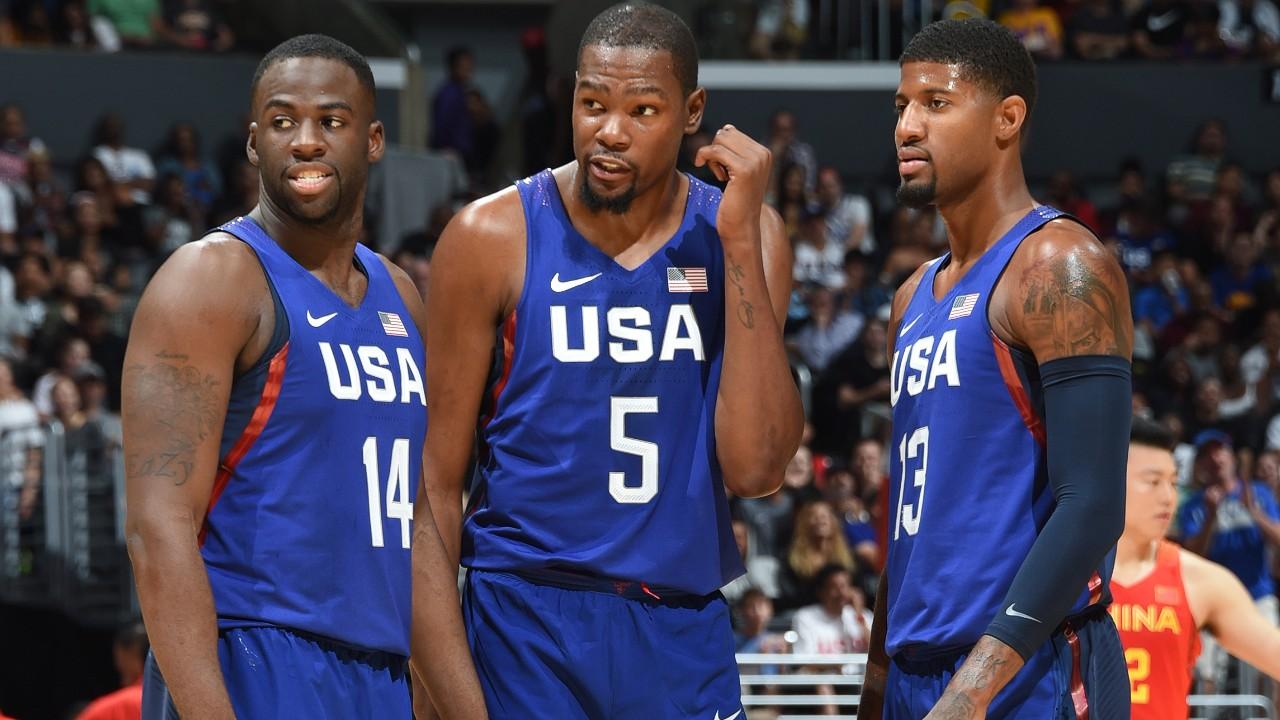 Melo scored most of his buckets in the third quarter.

Kevin Durant received a hero’s welcome in his Oracle Arena debut, and finished with 13 points.

Cheered all night long by his basketball-crazed new fan base, Durant knocked down a 3-pointer on the Americans’ first touch and slammed home a dunk the very next time down the floor. […] Then, another pretty one-handed jam just a few minutes after that. He scored the first 10 points for the United States.

What a performance for Golden State’s newest big star to help lead the U.S. Olympic team past China 107-57 on Tuesday night for a third dominant victory in as many exhibition games. […] “It was amazing. The atmosphere was great, energy was great. The fans showed me major love, so I appreciate that,” he said. “It was good to get out there in front of them and play well.”

Booed in Los Angeles a couple days back, Durant received a far friendlier reception in the Bay Area he will now call home. He emerged for pregame warmups to huge roars. He departed the court before the game to a swarm of autograph hounds hanging over the railings in the tunnel — and kindly obliged. One person held a sign that read, “KD is not a Villain.” […] “Certainly you wouldn’t want to be introduced after KD in line,” said coach Mike Krzyzewski, noting Durant’s big defensive strides. “The crowd, the welcoming for Kevin was fantastic. I know he appreciated it very much.”