Team USA no longer has the most NBA experience. Could this become a trend? 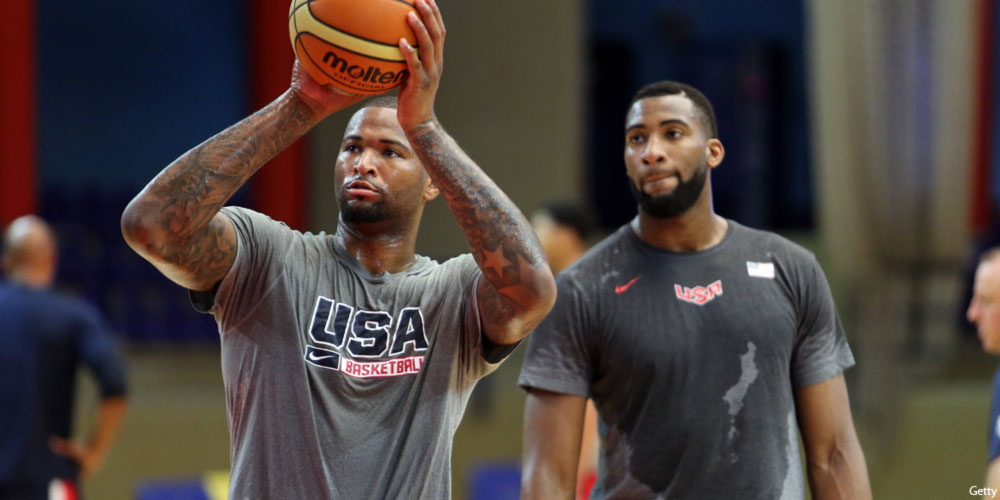 Kevin Durant’s withdrawal from Team USA earlier this month not only significantly altered the national team’s roster and chemistry. It also likely set into motion a domino effect ushering in a watershed moment in international basketball: For the first time in the Dream Team era, Team USA enters a major tournament with less total NBA experience than a competitor. Host Spain’s players have the most NBA experience in the upcoming FIBA World Cup with 51 cumulative years. Team USA is second with 46 years, followed by Brazil with 39 years.

This is only the latest tremor to ripple through a landscape that has dramatically shifted since the original Dream Team arrived in Barcelona for the 1992 Olympics. Its 12 players had a total of 87 years worth of NBA experience. Germany followed with two players totaling 12 years. And not a single Spanish player had logged an NBA minute. NBA Commissioner Adam Silver, who has firsthand seen much of this growth, wrote in an e-mail: “It is not a surprise that a national team other than the US team has more NBA experience. In 1992, the NBA had 21 international players on NBA rosters and last season we had a record 92 international players so this really speaks to the global growth of the game.”

At the least, this benchmark is a sure sign Team USA must continue to work hard for its Gold medals. It may, however, point toward a basketball future where the Americans—despite their best efforts—regularly lose to squads that are more seasoned and nearly as talented.

The 2016 Olympics may feature such a team: A loaded French squad could be the first non-US team to feature a roster of all NBA players if dual citizen Joakim Noah joins the likes of Tony Parker, Boris Diaw and Evan Fournier. In major competitions following that, Canada (with possible roster entries Andrew Wiggins and Tyler Ennis) and Australia (which appears to be on the brink of a golden generation with the likes of Patty Mills, Dante Exum, Ben Simmons and Thon Maker) also loom as potential rivals to Team USA. Of course, an advantage in NBA experience alone doesn’t portend ultimate success. In 2002, the Americans had a total of 65 NBA years but lost to three squads with far less. Two years later, they were eliminated in the Olympics by an Argentine team with a total of seven NBA years of experience.

Since that loss, Team USA has won 66 of 67 games. In 2014, though, a second loss in the Mike Krzyzewski Era has never looked more likely. The Spaniards are brimming with confidence and for good reason. They have a dominant front line featuring Serge Ibaka, Pau Gasol and Marc Gasol, who looks to be in the best shape of his life and joins Anthony Davis as the tourney’s best all-around players. Spain boasts athletic and seasoned guards and wings who pushed American squads far more talented than this one in two Olympic Gold medal games. In all, these Spaniards have 11 players with a total of 701 international (FIBA) games played. This US team has five players with 41 total games, according to ESPN.

Oddsmakers still have the US as the tourney’s favorite, but Serbian head coach Aleksandar Djordjevic believes Spain is the frontrunner. Meanwhile, Spanish guard Jose Calderon said the host nation’s team won’t crumble under the local weight of expectations (unlike a certain 2014 FIFA World Cup counterpart). “We are very laid back right now…the strength of this team is peace of mind to say you’ve got to compete and stay calm,” Calderon told as.com. “We know what we have to do, but there’s not the pressure of ‘Win no matter what.’”

Pressure to stay on top contributed to a bigger and younger Team USA roster than what was expected had Durant remained. For one, his training camp replacement Rudy Gay would not be traveling to Spain. But his absence might also have cost wing player Kyle Korver a spot. The 33-year-old sharpshooter would have been a perfect complement to Durant’s supreme offensive abilities. Yet when Team USA announced its final cuts on Saturday, a premium was placed on size and strength rather than shooting skill and precision. As a consequence, Detroit’s Andre Drummond—who just turned 21 years old—is in.

No doubt, the 7-foot, 280-pound Drummond is a beast. Exhibit A: He is the only player besides Shaq to average at least 13 rebounds per game in an age-20 season. But Andre the Giant (sorry, Corey Maggette, I refuse to call Drummond “Pimp Juice”) is also a career 40 percent free-throw shooter, which would pose serious problems for Team USA if he had to play down the stretch of a high-pressure elimination game.

Another possible red flag: the occasional dry spells of guard James Harden. As a high-volume streak outside shooter, Harden will undoubtedly torch some of the Americans’ weaker foes. But the ultra-talented scorer sometimes pushes the issue, even when cold, to the detriment of team flow. He took three quick shots—missing them all—in the waning minutes of the first half in Team USA’s most recent game against Puerto Rico. Those misses allowed Puerto Rico to close the Americans’ lead to 49-47 at one point. Harden did later get back on track, but that won’t be a given against better opponents like Lithuania or Spain.

Team USA still boasts more NBA stars than its competitors, although this year’s Spanish team shows that gap is closing. Another major factor, of course, is many veteran American superstars aren’t playing, whether because of injury as with Paul George and Blake Griffin, or other reasons as with Carmelo Anthony, Kevin Love and LeBron James.

While we can expect more Spain-like international teams in the future, the larger unknown is whether the relative inexperience of this Team USA is an anomaly. Or could this be the start of a new era in which similarly young American teams give up not only international—but NBA—experience to foes in future Olympics and World Cups? Adam Silver doesn’t think so, citing the mix of young and experienced players on the 2012 Olympic team. “We do not see this as a trend and expect there to be a mix of talent with different levels of experience going forward.”

Perhaps the formidable challenge Spain poses this September isn’t long-term bad news for Team USA. A Spanish Gold medal may be the best way to ensure NBA superstars circa 2018—guys like Stephen Curry, Anthony Davis and Kyrie Irving—still care about that year’s FIBA World Cup, too.

Evin Demirel, who reported from Turkey at the 2010 FIBA World Championship, blogs at thesportsseer.com. He tweets about Ricky Rubio and Razorback football from @evindemirel.