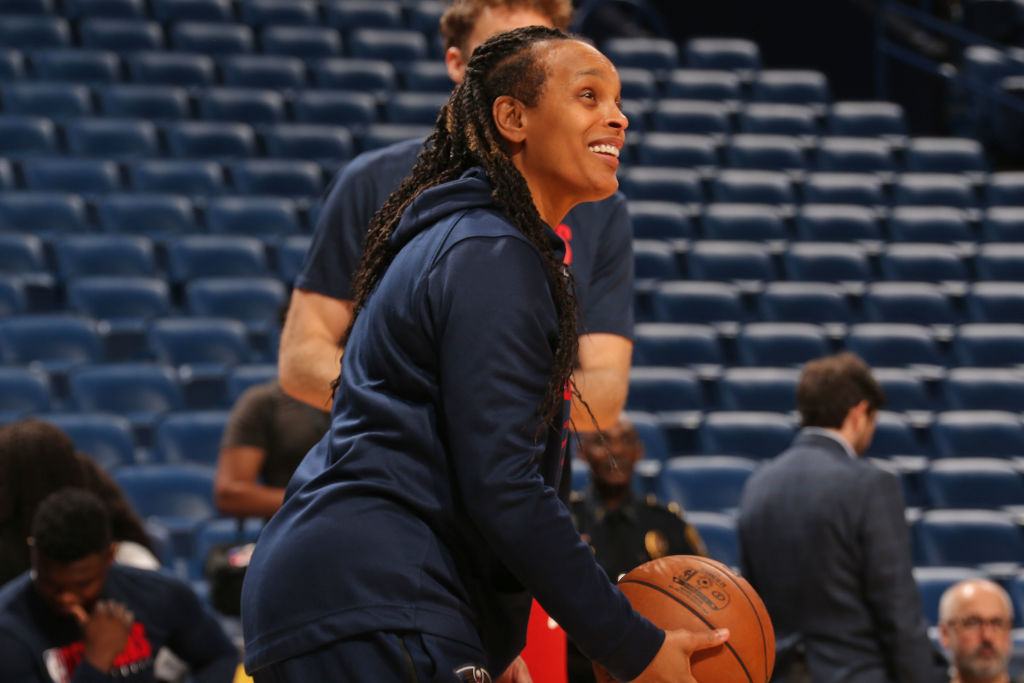 Weatherspoon is no stranger to the hoops world in the region. She suited up for Louisiana Tech from 1984-88, where she lead the Bulldogs to the NCAA championship during her senior season.

As one of the OG members of the WNBA, she suited up for the New York Liberty in 1997, where she led them to the first-ever WNBA Finals and was named Defensive Player of the Year (another league first). She spent seven seasons with the Liberty before making her way to the L.A Sparks for her final season before retiring.

Weatherspoon was then inducted into the Hall of Fame in 2010. She is a two-time Defensive Player of the year, a five-time All-Star and four-time second-team selection. She is ranked No.12 all-time in assists (1338).

She wasn’t finished yet, though. The Hall of Famer coached at her alma mater, Louisiana Tech, and helped lead them to the NCAA tourney twice. They won the WAC tournament in 2010.

After elevating Weatherspoon and bringing new additions to the staff that include Bob Meyer, Casey Hill, Rex Walters, and former NBA players Corey Brewer and Ben Udrih, it will be interesting to see how these coaches will help contribute and revitalize a team that fell to No. 12 in the Western Conference in 2019-20.