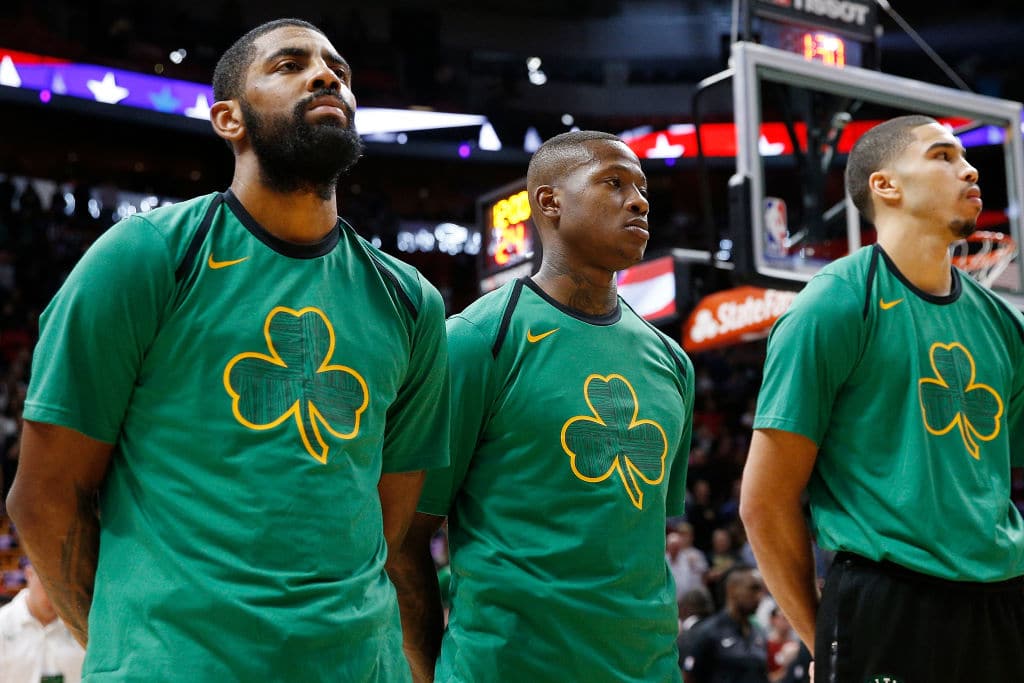 According to Terry Rozier, the Boston Celtics’ problems this season stem from the team having too much talent on its roster.

Rozier says the C’s have yet to figure out how to mesh and take advantage of their remarkable depth.

Terry Rozier III to @YahooSportsNBA: "Kyrie said a lot after the last game and it was probably stuff that people didn’t want to hear.” https://t.co/ieUpLOOSDe pic.twitter.com/68G5GB40NP

“Kyrie said a lot after the last game and it was probably stuff that people didn’t want to hear,” Terry Rozier III told Yahoo Sports. “But it’s showing.”

Monday was the gift and curse, Irving’s words coming to life. Nonchalant play against a Nets team that played harder and with more conviction led to the lopsided score and chants of “Kyrie’s leaving!” from a confident Barclays Center crowd.

“I don’t think we’ve all been on a team like this,” Rozier told Yahoo. “Young guys who can play, guys who did things in their career, the group that was together last year, then you bring Kyrie and Hayward back, it’s a lot with it.”

When asked if the roster was too talented, Rozier didn’t back down.