Terry Rozier ‘Not Complaining’ About Reduced Role in Boston 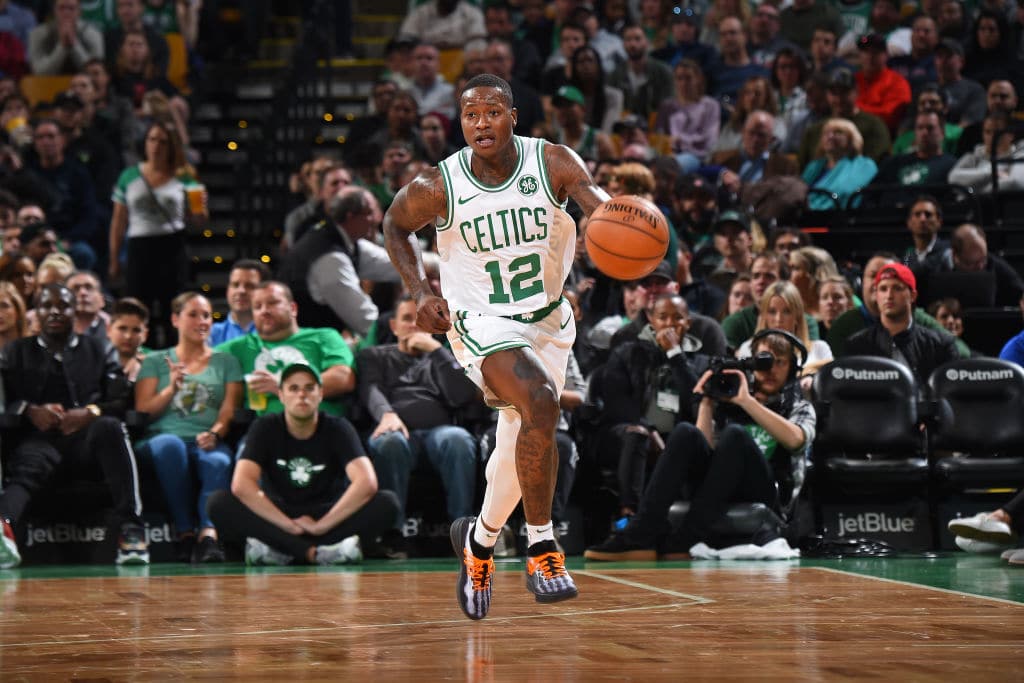 With a healthy Kyrie Irving back in the lineup, Terry Rozier has seen his minutes go down this season, but he insists that he is “not complaining” about his role in Boston.

Naturally, reports have begun to bubble up about rival teams circling the Celtics about a possible trade.

Terry Rozier happy where he is, albeit with a few tweaks to his role. https://t.co/j5GKIbtBsW

President of basketball of ops Danny Ainge recently said that Rozier has “vented” to him about playing time.

“Well, what Danny said makes sense because he knows me,” said Rozier, who shot down the perception that he’s unhappy. “If you don’t know me, then you probably think I’d say something like that. I woke up to the news just like you woke up to the news. I don’t know where it came from, but like I said, I’m happy to be in this position where I’m at, to be playing on a team that’s mentioned to have a chance to be in the championship, so I’m not really worried what’s being said. But Danny knows. And that’s why he said what he said.”

Asked about [The Athletic’s Shams Charania] seven teams report, Rozier smiled and said, “That’s how it should be. There should be more. I’m blessed to be putting on this uniform, representing this organization every day, so I have no complaints. At all.”

Rozier freely admits, though, that his role change — he shined in his starting role throughout the playoffs — has required an adjustment.

“I go from starting in the playoffs to coming off the bench, I’m pretty sure it’s not easy for nobody,” he said. “I’m not complaining, and if you know me, I’ve never been one to complain — I would never go to the media or bring out the unhappy thing, I would never do that. Like I said, people who know me know I wouldn’t do that. I’ve never been a selfish type of person, selfish player. You can tell the way I play I’m all about team, we, everything. Everything will be alright. It’s not as bad as people make it seem.”

Related
Terry Rozier Not Concerned about Return to Bench