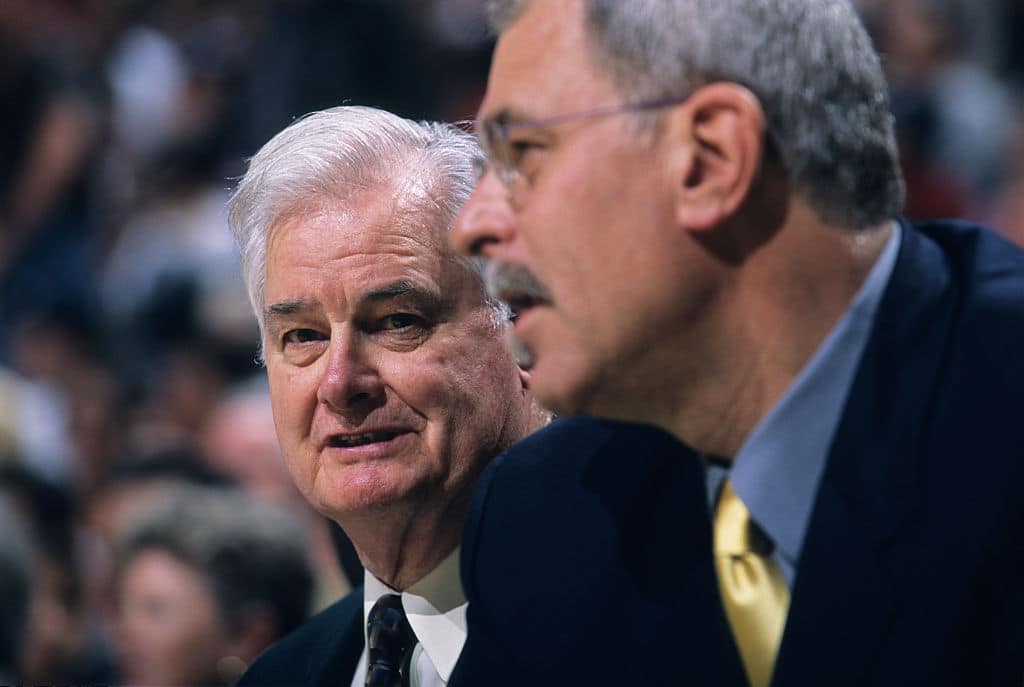 Tex Winter, the architect of the Triangle Offense and one of the great minds in basketball history, passed away Wednesday at the age of 96.

Scottie Pippen and Michael Jordan were among Winter’s former players who paid tribute to the legendary Hall of Fame coach.

Tex Winter was my biggest critic. He was also my biggest fan. A few words about the legendary coach who lived his 96 years as well as anyone could have… pic.twitter.com/vOrS7UNkMS

In an emailed statement to the Tribune, Michael Jordan on Tex Winter: "I learned so much from Coach Winter. He was a pioneer and a true student of the game. His triangle offense was a huge part of our six championships with the Bulls. He was a tireless worker (cont.)

Winter sat alongside Phil Jackson for many years, and helped spearhead six Chicago Bulls championships in the 1990s. He had been in declining health since suffering a stroke in 2009.

Tex Winter, the Hall of Fame coach whose teachings of the triangle offense helped spearhead six Bulls championships in the 1990s, died Wednesday, the Bulls confirmed. He was 96.https://t.co/3pnLN4FiNV pic.twitter.com/Hv4mBz4Tyx

Jerry Krause hired Winter in July 1985 as one of his first moves as Bulls general manager, and Winter teamed with defensive-minded Johnny Bach to form a potent pairing of assistant coaches for both Doug Collins and Phil Jackson. A noted perfectionist, Winter spent most games scribbling notes to take to the next day’s practice.

“To him it doesn’t matter if it’s Michael Jordan or Keith Booth,” Jackson told the Tribune in a 1998 interview. “If you don’t play according to the rules of the ‘basketball gods,’ you are destroying the credibility of the game. Tex thinks there is a way to play the game, and if you don’t abide by those things, then it’s not right.”

Born Morice Fredrick Winter near Wellington, Texas, Winter assisted Jackson on nine NBA championship teams: six with the Bulls and three with the Lakers. His six-decade coaching career also featured 454 victories as a college head coach, mainly at Kansas State but also in stints at Northwestern, Marquette, Washington and Long Beach State. He entered the National Collegiate Basketball Hall of Fame in 2010.