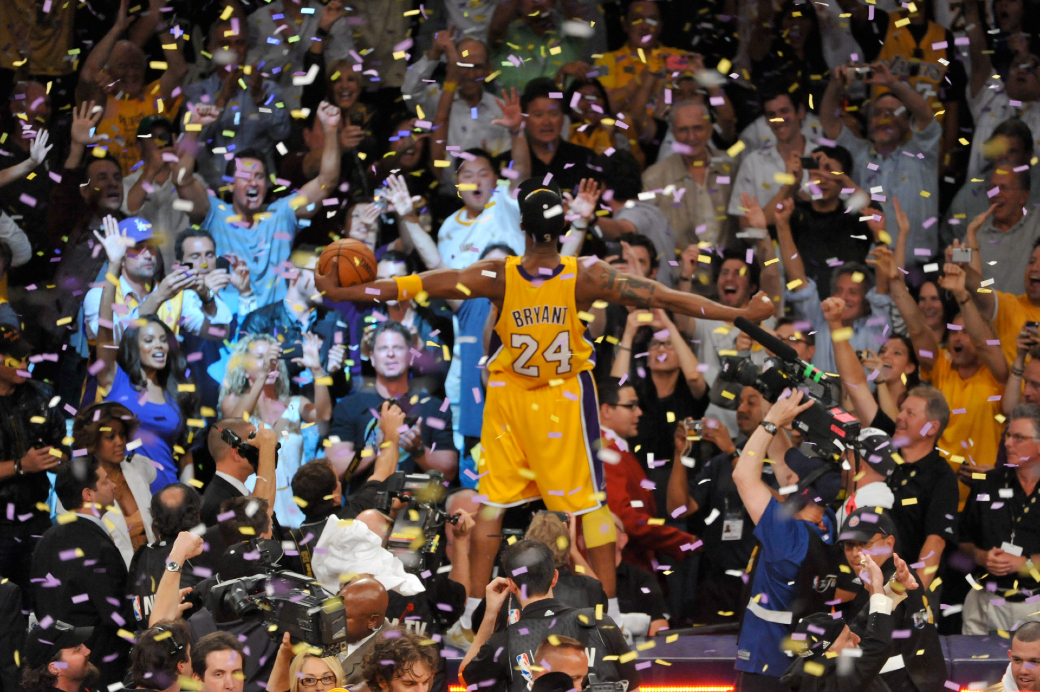 The last couple of days have been a nightmare. Ever since the news broke, I didn’t want to believe it. I still don’t. I got that immediate shock as if someone was playing a sick joke. I waited for the “just kidding” to follow. I scrolled Twitter rapidly after a rec league game with some friends on Sunday afternoon, waiting to see if the news of Kobe Bryant’s passing—along with eight others—in a helicopter crash was true.

Then confirming reports started to come in. It was, in fact, true.

Everyone in the gym was glued to their phones in disbelief. As I walked out, I received a call from an aunt, who was hysterical as soon as I picked up. She kept asking if it was true. I confirmed.

Then more text messages came in. Despite the news still being recent, it took me a minute to fully grasp what was going on. As I saw every major media outlet covering it on TV, I broke down. I tried to gather myself, but the tears kept falling. I realized that I had lost my version of Michael Jordan.

I was born in 1990, and I’d be lying if I said I remember watching Mike or Magic in their primes. But I do remember watching this charismatic 17-year-old kid from Philadelphia begin his 20-year career in the city I was born and raised in. Regardless which section of the city you claim, folks all over the Greater L.A. area bleed purple and gold. 8 and 24 were more than numbers to us.

Whether you were a zealot or a casual—everyone knew the type of weight Kobe Bryant’s name held here. I shared a story on Twitter that Sunday about my grandma, who emigrated from Ecuador to Los Angeles and worked as a custodian at LAX for over 20 years.

She always told me that she’d see this man coming through the terminal that fit the description of Kobe. He was “El Kovi” to her, and while I never questioned or called her bluff, it was moments like those that spoke to how influential he was. One time, in 2000, we took two buses from her apartment on 77th & Western to the Glendale Galleria to buy the adidas Kobe 1s from Foot Locker.

When we approached the register, she was short $17. As she pleaded with the employee, I walked out to the front of the store, holding back tears. I didn’t expect that she’d come out with the shoes because her grandson wanted “los zapatos de Kovi” (the shoes of Kobe).

A few years ago, I wrote a manifesto about L.A. and towards the middle, I included how “championship parades on Figueroa were like big family gatherings.” Whether it was during the three-peat era or back-to-back titles in ‘09 and ‘10, fans of all walks of the city filled the streets in purple and gold, cheering for the hometown team and especially for Bryant, who was royalty to us.

If there’s one thing about L.A., it’s that we love hard. That was always evident with Kobe Bryant fans. Whatever way you showed your support—arguing with those who badmouthed him; inking your skin with 8s, 24s and portraits; decorating your vehicles with custom license plates and/or decals; or even going to the extent of naming your children after him—people devoted their allegiance to the fullest in L.A.

Now, those same fans along with generations of new ones have gathered at STAPLES Center and L.A. Live to pay their respects, reminisce on their favorite memories, chant “M-V-P,” crumble up pieces of paper and yell “Kobe!” while shooting into a trash can to honor the player that brought us five titles.

There was something about Kobe that everyone in the city gravitated to. His will to be great was second to none. He was the epitome of meticulous. This kid from Southeast L.A. loved everything Kobe Bryant stood for. I take pride in being born and raised in L.A. I take pride in being able to say I witnessed his career unfold in my backyard and saw him become one of the most prominent athletes to ever play in the City of Angels.

The “Mamba Mentality” was a mantra that far exceeded the hardwood. No matter the craft, it meant to honor the process in anyone’s respective field and give nothing short of a 110 percent effort. Like every other kid, I would emulate everything about Kobe while hooping—fadeaways, turnarounds, the armbands, leg sleeves, certain pivots. I even tied my sneakers the same way he did.

Through the ups and the downs, I, along with others here, had a front-row seat for it all. We felt the losses and triumphed during the victories.

I loved No. 8 with the afro and No. 24 with the bald head; loved adidas Kobe, when he was a sneaker free agent and seeing every one of his signature sneakers with Nike; loved when he was one of the most hated NBA players because he used that as fuel for his scoring barrages; loved watching games on NBC, KCAL-9 and Fox Sports West, as well as playoff series matchups against Portland, Sacramento, Denver, Utah and Phoenix; loved that menacing, under-biting stare he gave when he was locked in; loved when he outscored Dallas by himself in three quarters; when he had 81 against Toronto, 61 at The Garden, the two made free throws after rupturing his Achilles tendon and, most importantly, his 60-point sendoff into retirement in April of 2016.

When there was the possibility of him signing with the Clippers in 2004, I sat in front of our family TV and let out a sigh of relief when he instead re-signed with the Lakers. I did the same thing three years later when he demanded a trade to Chicago but ended up staying.

The Finals losses to the Pistons and Celtics still make me feel some type of way. When I first got into journalism, I realized I had to put the fandom aside. But there was still a special place I kept for Kobe tucked away. I first got interview time with the Black Mamba during the release of the Kobe A.D. I was dead center, and I’ll never forget the focus he gave me before he responded.

It was there that I realized I was living a dream: a kid from a blue-collar city in L.A. that was writing for his favorite magazine and interviewing a childhood idol—a position that I’ve never taken for granted.

Growing up, my mother always told me that we were on borrowed time. And while that is true, Kobe wasn’t supposed to go out like this. Nah. He was transitioning into a new role, walking away from the game on his own terms and planting the seeds for his 13-year-old daughter, Gianna, who also left the world too soon. Dad Kobe became my favorite version.

There was a satisfaction I got from seeing Kobe and Gigi sitting courtside together at WNBA, NBA, college and HS games. That made my heart warm. I couldn’t wait until we gave Gigi her own SLAM cover and to see her in college and eventually in the W.

Shortly after midnight on Monday, I approached the on-ramp to the 110 North freeway and saw the InterContinental and U.S. Bank Tower in DTLA lit up in purple and gold to honor Kobe Bryant, just a few blocks from the arena where he cemented his legacy.