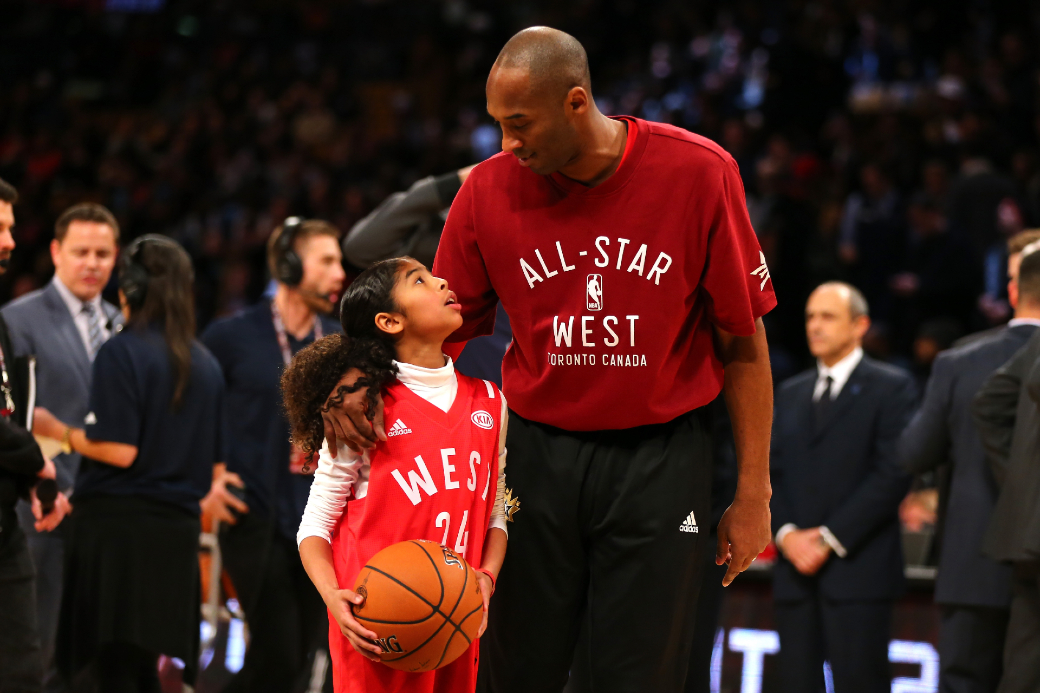 Kobe Bryant and his 13-year-old daughter Gianna were among nine people killed in a helicopter crash near Calabasas on Sunday morning. Bryant was 41.

For two decades we witnessed the greatness of Kobe on the floor. Drafted 13th overall in 1996, he spent his entire career with the Los Angeles Lakers. Bryant was an 18-time All-Star, five-time champion and the 2008 MVP. He was named to 15 All-NBA teams and won two gold medals as a member of Team USA. Both of his jersey numbers, 8 and 24, were retired by the Lakers in 2017.

Bryant recorded 33,643 points throughout his remarkable 20-year run, which ranks fourth in NBA history. LeBron James passed Bryant on the all-time scoring list on Saturday night, less than 24 hours prior to Bryant’s death.

Regarded as one of the fiercest competitors and hardest workers ever to play the game, Bryant was an inspiration to people across the globe. His unique approach to all endeavors—coined the “Mamba mentality”—led him to accomplish remarkable things. He chased goals relentlessly. He pushed himself to the furthest possible limits, playing through injuries and constantly defying the odds. His confidence was unshakable. He was the embodiment of passion, determination and perseverance.

Following his retirement from the NBA in 2016, Bryant pursued new ventures with the same level of intensity that he brought to basketball. He coached Gianna’s AAU team (The Mambas), published multiple books and won an Oscar for his animated short, Dear Basketball.

Bryant’s many peers and passionate fans took to social media to react to the devastating development and express their deepest condolences:

“The NBA family is devastated by the tragic passing of Kobe Bryant and his daughter, Gianna. For 20 seasons, Kobe showed us what is possible when remarkable talent blends with an absolute devotion to winning. He was one of the most extraordinary players in the history of our game with accomplishments that are legendary: five NBA championships, an NBA MVP award, 18 NBA All-Star selections, and two Olympic gold medals. But he will be remembered most for inspiring people around the world to pick up a basketball and compete to the very best of their ability. He was generous with the wisdom he acquired and saw it as his mission to share it with future generations of players, taking special delight in passing down his love of the game to Gianna. We send our heartfelt condolences to his wife, Vanessa, and their family, the Lakers organization and the entire sports world.”

And from Michael Jordan:

“I am in shock over the tragic news of Kobe’s and Gianna’s passing. Words can’t describe the pain I’m feeling. I loved Kobe—he was like a little brother to me. We used to talk often, and I will miss those conversations very much. He was a fierce competitor, one of the greats of the game and a creative force. Kobe was also an amazing dad who loved his family deeply—and took great pride in his daughter’s love for the game of basketball.”

There was a gathering outside the Staples Center, where the Grammy awards were held on Sunday night, shortly after the news broke. Inside the building, two bright lights shined on Kobe’s numbers hanging from the rafters during the music celebration.

Though the mood in arenas was somber, games were still played. Teams honored Bryant’s legacy with various, powerful tributes, such as this:

Players and coaches were clearly emotional, still struggling to process the sudden heartbreak.

Bryant was extremely devoted to his family and is survived by his wife, Vanessa, and three daughters—Natalia (17), Bianka (3) and Capri (seven months).

Our thoughts and best wishes are with everyone affected by this inconceivable tragedy.