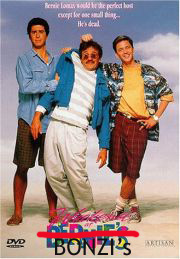 Okay, I’ve got a new theory on Bonzi Wells. Remember how Ron Ron threatened to kill him if he left the Kings? Well, Ron has already killed him and buried him in the Vegas desert somewhere. Only the Maloofs know where. Bonzi’s agents are talking to teams and trying to get some money out of the deal, hoping a team will sign without asking to see the merchandise (which is a human being). His agent Merle Scott is talking to all these teams on behalf of his client, but where is Bonzi? Nowhere to be seen. Because Ron killed him as promised. Is that really so unbelievable? Weekend at Bonzi’s?

If he goes to Miami, that would be pretty interesting, would it not?