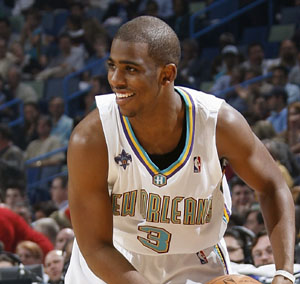 How many times have you heard a black man reveal that he has a Man Crush? I’m guessing anywhere between thrice and never. Get into a random conversation with a white cat and you’ll learn that he has a Man Crush on Brad Pitt, Brett Favre, Stephen Colbert, Barack Obama, GI Joe and a number of other male subjects. But, black men? Fuggetit. Not only are black men, in all honesty, probably the leading ethnic gender for homophobia (we can barely muster the comfort to embrace a close male friend), but we largely avoid cultural fads that we don’t initiate ourselves (we try not to type ‘LOL’ or ‘:)’ in emails) and possess a self-consciousness that typically precludes public acts that could invite ridicule. So that means you won’t see many of us (ages 25-45) wearing ironic T-shirts, we won’t show up at Halloween parties dressed as Tina Turner, we usually don’t dance if we’re not good at it and we definitely won’t whimsically admit to having a heterosexual crush on another man. But I will. I have a Basketball Man Crush (BMC) on Chris Paul.

We all love UrbanDictionary.com, right? It’s neo-Americana at its best, a site created and manned by white dudes, meant to define all things ‘urban’. It’s a great laugh, a place to learn that “100” means “Goodbye to the fullest. Getting frisky with the meaning of goodbye.” Now although I don’t need a suburban dweeb to help me define and decode urban slang; I do tend to consult UrbanDictionary for pop-culture definitions. In the clutch, I went there to see just what I was getting myself into with this public Man Crush admission. This definition summed it well: Respect, admiration and idolization of another man. Non-sexual. Celebrities, athletes and rock stars are often the object of the man crush.

If we replace “respect” with “reverence” and “idolization” with “wonderment”, then you have, basically, articulated the way I feel about the other-worldly talent of Chris Paul. He, my friends, is a martian, on some new-age Year 3000 ish with the rock. Tonight, he and the Hornets are preparing to deebo Western Conference Vanguard rights from the Spurs. He will undoubtedly give us another performance — in a long string of performances — that showcases his new and exalted brand of basketball that has often turned me (momentarily) into something that resembles a schoolgirl at a Danity Kane concert. But even if he drops a dud, my crush will rage on. In my basketball viewing eyes, Chris rarely does anything wrong and he usually does something historically incredible. I fully and readily admit that my lips are red with Chris Paul Kool-Aid.

For me, BMCs are a rarity. You all know me to have a hater-streak, so I’m usually not forthcoming with props. Excluding my childhood idolization of Magic Johnson, I can count my BMCs on three fingers. One for Gary Payton, one for Allen Iverson and the other for Lil’ Chris Paul. GP was a mean-mugging, sly-grilled, craft-perfecting bully. As a teen and young adult, I got a bit obsessed. I even thought the way he backed his defender down the court was an art. AI was an iconic, game-changing evolution — Gen X to the core, with a mean crossover that was the hallmark of a game that was more like something abstract, like a purpose or something. In one of my pre-journalist All-Star weekends, I once followed his entourage onto a bus in a Bacardi Select and Heineken-haze. I outgrew AI and GP, though. That stuff was for kids. But then came Chris with his sneer, moxie and robo-game, the game that leads you to believe he’s digital-balling in a league full of analogue-patsies. The crush began when I saw him darting through the ACC at Wake Forest and didn’t even begin to subside when he punched Julius Hodge in the nads on Hodge’s senior-night. In fact, that made me dig the little dude a bit more, it was like he was a black Joe Pesci, in a jersey, with superhuman court-vision and Jetsons-era everything else. Then came the NBA and his quiet ascent to the top of the game. He mugged point guard supremacy from his competition and now stands heads-n-shoulders with LeBron and Kobe for the Best Player Alive title.

And you know what? Black man or not, I’m not ashamed of this Basketball Crush. If you ask me, Young Chris is the only dude worthy of Crush status from any man older than 25. At least that’s how I see it.

Kobe? Nah. I grew up with Kobe. In fact, even though he played for my squad, I only begrudgingly began giving him his props after his feats and heroics grew to large, frequent and profound to diminish. But how could I ever revere a dude that mimicked MJ so hard? I’m a hip-hopper and we don’t do biters. Sure, he’s grown out of that stage, but still.

KG, Pierce and Ray? Sorry, they play for the Celtics. Boozer? He played for Duke.

Duncan is too boring to excite. Y’all know how I feel about Tony Parker and his imposter-status (which is how you should feel, too). If I was Argentinian, then I’d fall — in an ungay way – for Ginobli, but like my man JA Adande quipped in a recent chat, “Who wants to be like a flopper with a growing bald spot?”

T-Mac doesn’t win enough. In 2006 I was slowly going Michael Scott for DWade’s Ryan Howard, that was until this season’s 15-67 debacle and his rumored trysts with Star Jones.

LeBron is too corporate and corny. His beastly antics on the court are beyond amazing, but they’re always preceded with his pre-tip charade-exercise with the mohawked Damon Jones. I’m not a teen, I don’t dig that. LeBron is cool, but he ain’t cool. Put it like this, LeBron reminds me of Yung Joc.

Sheed is cool and he’s subtly great. But he’s also rarely great. Even though I find myself applauding practically everything he does — including his tantrums — there’s not enough amazement there.

Chris passes every test. His game is not merely great, it’s unique and revolutionary. He’s a surly assassin on the court, but seems like a level-headed, easy going dude erstwhile. He plays for an underdog. For the past three years he’s been somewhat of a best-kept secret. And he’s all about his biz. You won’t catch him acting like high-schooler, doing the Superman during timeouts or cheesin’ like he’s part of the Mickey Mouse Club. His game is grown and he acts grown. As a ball-player, he’s a man’s man without all the corniness and primadonna antics of his peers that play on his rarefied level. He leaves me smitten after every game. For an arrogant, self-centered SOB like yours truly, that’s saying a lot.

Men are a hyper-competitive, ego-driven species. As catty, petty and jealous as women tend to be, it’s nothing for them to comment to another woman, “Ooh, I love your hair like that” or obsess over and voice profound love for Mary J Blige. When a grown man assesses anything that has to do with another man, he tends to use drab, halfway pejorative adjectives, such as ‘aight’, ‘cool’, ‘OK’ or, perhaps he’ll gesture with a shoulder-shrug. Yes, women may naturally be more effusive, but there’s something that belies intent, something more sinister about a man’s reticence to extol virtue. If a dude tosses too many accolades another man’s way, some other man is bound to offer advice like “Stop sweatin’ him” or “Get off his jock.” Other times, they hit you with incredulous questions — “You his girlfriend, now?” or “What, do you wanna sleep with him?”

I don’t care, though. I’m standing by my Basketball Man Crush. Lil Chris deserves it (although I’m pretty sure he doesn’t want it). It’s very likely that I’ll be covering the young dude in the Western Conference Finals. And I’m sure I’ll treat him like any other athlete. He’ll be the subject of my work. After this many years in sports journalism, I don’t get star-struck. And, as I stated before, this isn’t idolization or — as many define Man Crushes — some fantasy-driven emotion marked by a desire to be him. I don’t envy athletes. So you won’t get a Champ Kind moment out of me. You won’t catch me walking up to Chris during shootaround suggesting, “When this all gets sorted out, I think you and me should get an apartment together.”

But now that I’ve gotten this off my chest, I think it’s as good a time as any to heed Brian Fantana’s advice: “Take it easy, Champ. Why don’t you stop talking for a while.”

He’s right. So, until next week…

Vincent Thomas is a SLAMOnline columnist and a SLAM Magazine contributor. He can be reached at [email protected]