The D.A.Y. of Dallas Revenge 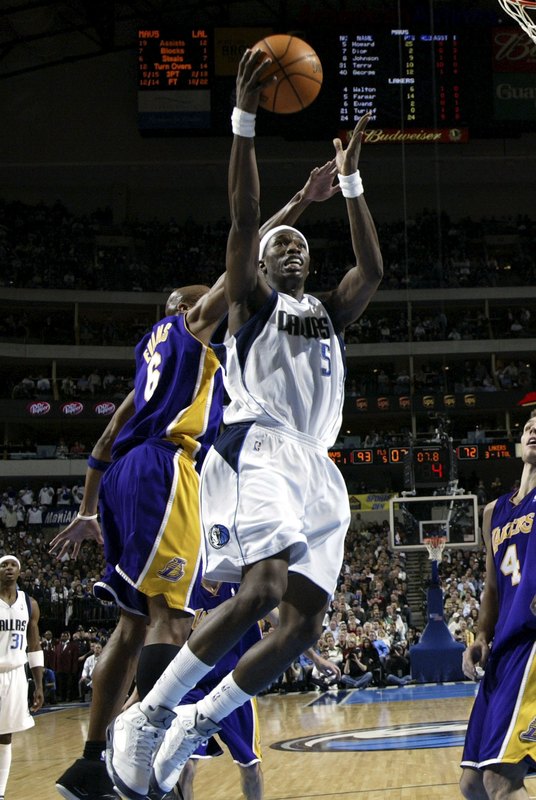 The Dallas Mavericks have one loss over the past six weeks. They were fired up to erase that blip on the radar, and the Lakers felt the punishment. How funny is this thing I wrote, knowing what we know now?

MIAMI 104 INDIANA 101
The Pacers were missing half their team – that is to say, they were without Murph and L’il Dun and Diogu. The new guys. It looked like a Miami blowout, and I stopped watching when the Heat had a 14 point lead with 4 minutes left or something like that. Of course, the Pacers went on a tear and cut the lead all the way down to one point. Dwyane Wade started to dribble out the clock, waiting to get fouled. The Pacers let him go all the way to the basket, so DWade shot too early, thinking he could turn it into a game sealing three point play. He might have been fouled, but he scored anyways. Nice to see the refs not giving him the call. Wade finished with 33, 8, and 6 and 4 steals. Slimmed down Antoine Walker and James Posey have been coming off the bench while Kapono and Haslem start. The Pacers got 28 from Danny Granger and 23 from Marquis Daniels, both of them playing more with the short bench. Granger had a look at a three to tie it at the end, but he missed. Miami was lucky not to blow this game.

DALLAS 114 LA LAKERS 95
Revenge. The Dallas Mavericks are not playing around. If you want to use the back-to-back against the Spurs and Mavs as an excuse for the Lakers, go ahead. I’ll just say that the Mavs are a much better team and they were extra motivated to beat the only team that has beaten them since December 11th. Josh Howard led the team with 29 and 11 while Kobe led L.A. with 26. Avery is not letting them relax. After 41 games, the Mavs are 33-8. Matching that in the second half would make them a 66 win team. The first Shaq-Kobe Lakers championship team won 67 games, including a 19 game win streak as part of a 30-1 spurt. That’s how Avery wants his team playing. Ruthless.