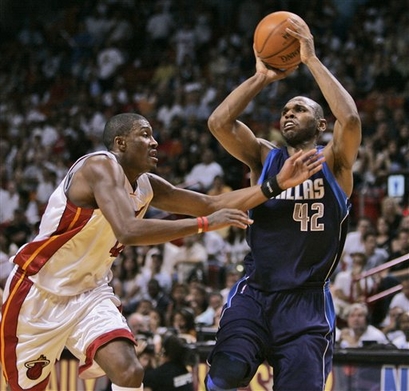 Peyton Manning beat Tom Brady in a playoff game and is headed to the Super Bowl. A black head coach is guaranteed to win the Super Bowl. Manning responded like a champion/warrior from the potentially back-breaking here we go again INT. He outsmarted Belichick by going with a run on the key play of the game and Brady came back at him with a game ending pick. Tony Dungy’s “I never panic and I never get excited” approach worked with his team down 21-3. The Patriots front office lost the game for the team by dumping their star receiver cause he wanted money and they ended up counting on a guy with huge eyeballs that can’t see the ball. Rex Grossman is going to play in a Super Bowl. My girlfriend now lives in my apartment. Uh, that is “our” apartment. Welcome to the new world. U-Haul is still the worst company ever created. There, I said it! Moving on…

Once upon a time the Nets had to decide who they were going to pay, Kenyon or RJ. They made the right decision, I guess. But now RJ is trying to catch up with Kenyon for games missed due to injury. Right ankle, out indefinitely. Are the Knicks or Raptors really going to win a division title? Yep, this is a new world. At his peak RJ was a poor man’s Shawn Marion. He could score without the ball, run the break, get hot and hit some threes, play defense, and rebound a little bit. Now he’s like a homeless man’s Shawn Marion, but more homeless.

One final thing, you may have noticed we have a new ad on the top of the page, from Nikebasketball.com. I like the new commercials. And to anwer your question, yes that is Juelz Santana providing the soundtrack.

DALLAS 99 MIAMI 93
Still no Shaquille. He’s taking his time coming back from injury. The Mavs never trailed, but they let the Heat hang around in this game and Wade had a chance to tie it with a three with 5.8 seconds left. He missed. Great effort from Dwyane in the loss, after he briefly left with an injury in the first quarter he came back and played 44 minutes scoring 31 with 6 and 6 and 2 steals. Dallas dominated the glass 48-35, so even if you think Shaq is washed up, he would have made a difference there. Josh and Dirk did their thing, and Jerry Stackhouse came off the bench and got hot, scoring 23 points on 16 shots. The Mavs always have that third guy that steps up. They are deep.

PHOENIX 131 MINNESOTA 102
Shawn Marion had 20 rebounds. In three quarters, before sitting out the fourth cause it was too much of a blowout. He needs to be an All-Star. I don’t know who that would knock out of the game, but he needs to be there. The guy spends his whole career overshadowed by teammates, and now he’s the closest thing to being someone that gets to play in front of fans that remember him from his college days in Vegas. Kevin Garnett had to sit this one out because of another punch and run NBA non-fight. The T-Wolves weren’t going to win anyways, so he might as well have missed the game. Phoenix put together 31-2 scoring run. That’s not nice to do to another professional team. 25 for Randy Foye and 22 for Troy Hudson in the loss. Amare led the Suns with 25 in 27 minutes.

SAN ANTONIO 99 PHILLY 85
Brent Barry scored 23 points on 5 of 8 threes. There’s not much to explain here. The Spurs took a first half lead and Philly is looking for lottery balls. Tim Duncan had 17 and 15 with 4 blocks. I wonder what San Antonio executive types think of Philly’s management. They have to laugh, right? Iguodala led Philly with 20 and Steven Hunter grabbed 15 boards.