The D.A.Y. that T-Mac, LeBron, and Dwight Howard couldn’t do it all 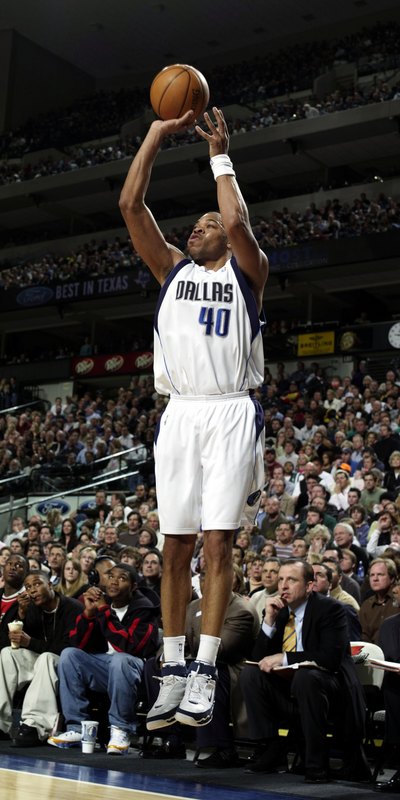 Big games from Tracy Mcgrady, LeBron James, and Dwight Howard. Each one of them lost their game. LeBron and Dwight lost road games to what should be inferior teams. T-Mac faced the Mavs, where losses are part of the job description. Dallas has won 18 of 19. One other note about last night is that I watched some of American Idol so I could feel like I’m part of the overwhelming majority. And since it was the “William Hung” round, I don’t mind it. Jewel was one of the judges though. Huh?

DALLAS 109 HOUSTON 106
T-Mac had 45 points on 17 of 29 shooting. I noticed those numbers when there was still 2:45 left in the game, which wasn’t close. Devean George of all people hit some clutch threes for the Mavs. 30 and 10 for Dirk and 28 for Josh Howard. The Mavs are on a five game winning streak, which is peanuts for them. As I mentioned earlier, they have won 18 of 19, and while Dirk has been on fire of late and Josh is playing at superstar level, they keep getting big contributions from the Devean George’s of their roster. The second leading scorer for the Rockets was Juwan Howard.

NEW ORLEANS 84 ORLANDO 78 OT
How is this an overtime score? The Hornets shot 38% and the Magic were worse than that. Both teams had more turnovers than assists. No need to get into details. It was ugly. Dwight Howard did his usual thing with 17 and 15, but the Jannero Pargo explosion continued. 25 points on 18 shots in 36 minutes. 21 points in the second half and OT. Three straight wins for the walking wounded Hornets.

SEATTLE 101 CLEVELAND 96
The Sonics came from behind to win a game, getting big shots from guys like Mickael Gelabale and Chris Wilcox. And now it’s Bizzaro World time. LeBron got to the free throw line 15 times, hitting 13 of them. Big Z had 24 and 11. Ray Allen shot 6 of 21. You’d never think that would all add up to a Seattle win, but it did. The Sonics also dominated inside, which doesn’t happen that often, Ray Allen picked up 11 assists, and most importantly, the Sonics zone D held the Cavs to 3 of 18 from three point land. LeBron finished with 30, 8, and 7. Strange game.