The D.A.Y. the Mavs finally won and Hornets lost 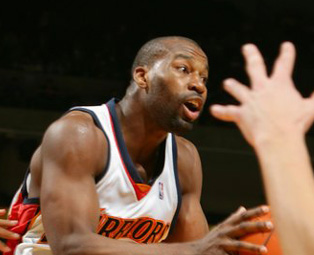 Now that’s backwards. Two years ago the Mavericks were doing their usual 50 to 60 win season and the Hornets started out 2-29. It’s a new day.

DALLAS 119 PHOENIX 112
The Suns jumped out to an early lead with one of their trademark bursts of scoring, and they had another burst in them later on, but they just don’t play ANY defense. Not that they ever did. Dirk rang up 25 points in the first half, finishing with 35 on the night. Jason Terry had 30 easy points too. It’s not just that the Suns can’t defend anyone or anything, it’s that they’re so bad they end up fouling too much, and when the other team goes to the free throw line it slows the game down and makes it harder for them to play D’Antoni ball. Yes, 119-112 with each team taking around 75 shots is too slow for the Suns to be effective. The Mavs went to the line 37 times and hit 33 free throws. Steve Nash had a sloppy night with 10 turnovers and the Mavs closed out the game with one final run. The Suns have blown leads of 9 points or more in every one of their losses so far. Leandro Barbosa had a career high 30 points, hitting 5 of 8 threes. TNT ran this stat on the telecast: The Suns have outscored their opponents by 15 points with Amare out of the game but trail by 30 points with him playing. His plus/minus is -45. Oh boy. Speaking of TNT, the Suns are giving crunch time minutes to sideline reporter Jalen Rose. The Suns play Memphis on Saturday and then have about a week off before an easy stretch. They’ll be okay. The Mavs really needed this win. BADLY.

GOLDEN STATE 121 NEW ORLEANS 116
The back end of a home and home. Once again, the home team wins. Add the Warriors as another team that’s playing its best basketball of the millenium. Golden State vs. Atlanta in the NBA Finals? I had to check out Golden State of Mind to see how high they’re flying. They were at the game. Flying high. Chris Paul and Baron Davis who were basically traded for each other (The Hornets traded Baron to make extra sure they would have a terrible season two years ago and get a high lottery spot that turned into CP3) had an old school superstar mano y mano. Young Chris: 34 and 10. Baron: 36 and 9. The one word that describes the two of them is BAAAAALLLLIIIINNNNGGGGG. J-Rich didn’t play because of “fluid build up in his surgically repaired left knee.” Gross. This game was the NBA dream. Guys making shots, not much defense, highlight reel plays, going back and forth, the refs keeping it close, and two star players staging a duel in the fourth quarter, with the added bonus of it being the future against the past (or present?!?). Lang wrote a post last night about 8 guys under the radar that are helping their teams win games. This was a game where everyone was hitting, but it came down to the stars and which one was going to win the showdown. I know that sounds like something Magic would say, but it’s true.

CLEVELAND 113 CHICAGO 94
Ben Wallace or not, the Cavs own the Bulls. That’s five straight in their head to head games. LeBron, dealing with his lamest “controversy” since hummergate, hit 7 of 8 free throws to keep those Cleveland boo birds off his back. He also played more of a facilitator role, dishing out 12 assists and not looking for his shot as much. Drew Gooden continued his big start to the season with 20 and 9 on 10 of 13 shooting. Sasha Pavlovic and Sideshow Varejao came from deep off the bench to make their mark on the game. Varejao had the statement dunk, which you could read into as Cleveland saying that they can play just as tough as Chicago. Kirk Hinrich led the Bulls with 20 and 11 and that much celebrated Chicago D let the Cavs shoot 57% from the field.