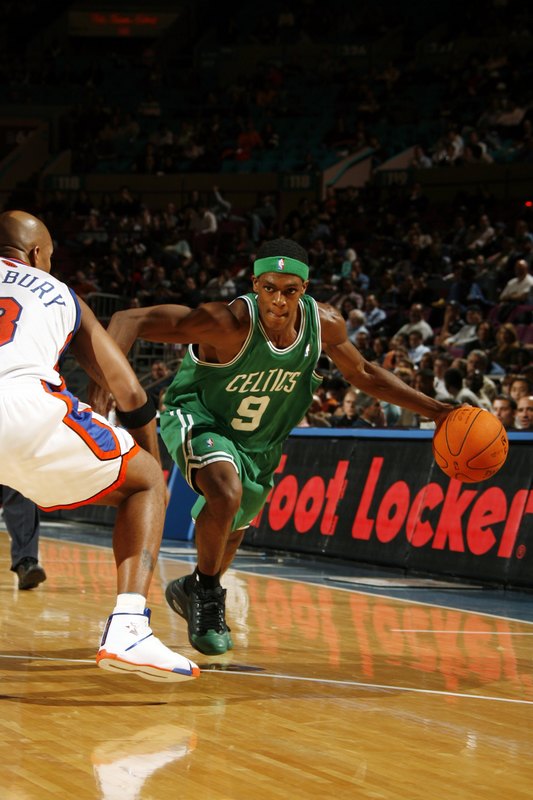 Celticsblog has written numerous articles on the kid, and even posted a YouTube video showing a nifty little play that Rondo made at The Garden a few nights ago. Every Celts fan I talk to can’t stop gushing about him. Some compare him to Nate Archibald, others to Zeke, and others say they’ve simply never seen anyone like him.

Stop the beat a minute. What do we know about Rajon Rondo?

Well, for starters, he’s played in four preseason games and averaged roughly 15 a game. In those games, he also dished out about 6 assists and snatched 4 boards. Good, but certainly not great. Oh, and did I mention that it’s the FREAKING PRESEASON?!

He had a relatively unremarkable career at Kentucky U, and has pretty obvious holes in his game (see=outside shooting). However, from everything I’ve seen and read about him, he seems to have all of the physical tools to be a quality player: jumps out of the gym; sees the floor well and can find teammates; unafraid to take the big shot; and has a knack for the ball.

But still, Celtics fans, take a minute and breathe. Relax. Sure, he may get on the occasional Sportscenter highlight reel, and may even crack Doc’s regular rotation this season, but let’s not anoint him the Second Coming just yet. How about we wait and see what he can do once the games start to mean something.