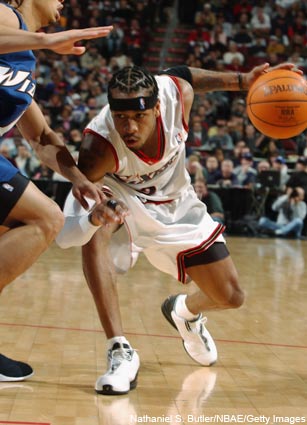 It has stretched ankle tendons; felled future Hall of famers, been mentioned in numerous hip hop verses and (even if just for one timeless play) bested the best of the best. There is no denying that Allen Iverson’s signature crossover is one of the most revered devices in the modern era of the NBA.

Over the years, The Answer has been peerless in his pursuit of catching defenders slipping and has a figurative collection of severed ankle joints lining his trophy case. Iverson once said about his lightning quick handle, “I can look in [a defender’s] eyes and tell by the way his feet are moving if he is scared or not.” Frightened or valiant, no one was immune to catching The Crossover; from a tenured Reggie Miller to a fledgling Steve Nash and of course, 23.

The only antidote has been time. With no offers from any NBA team for the upcoming season and rumors swirling that he may hoop in China next year, chances are, that we’ve seen Bubbachuck dissect his last NBA foe.

Fear not. We have amassed a compilation of some of Iverson’s greatest in-game crossovers and, through extensive breakthrough research, have categorized seven variations of the famous move that made ankle braces a hot commodity in the League in the late ‘90s. Each category of crossover is different. All of them surgically precise and equally as effective. Because, believe it or not, it took practice to master these moves.