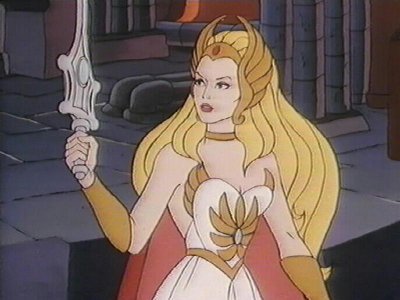 Detroit? Cleveland? No, they’ve got 4 and 2 road wins each.

How about Indiana? They’re 5-5 on the road, so they’re tied with the Magic.

And there’s one more team. Any ideas?

The New York Knicks! They’re 5-5 on the road, but in the Leastern Conference, that’s good enough for first place.

Surprising, isn’t it? All we hear about and read about is how horrible the Knicks are, how their salary cap is a mess, how Steph and Isiah hate each other, blah blah blah.

Back when I first started writing The Links every morning, besides checking the team’s various newspaper websites, there wasn’t a lot of NBA stuff out there, at least not stuff being updated daily. That’s changed now, and with the rise in popularity of blogs, there’s now a ton of fresh NBA content, being updated nearly every minute. Even the newspapers have their writers working double-time, filing blogs along with their regular stories.

(And let me make clear that I’m all for this. More content — and more choice — is always a good thing. I love that writers are getting a chance to be heard and discovered via routes outside the old, standard ways.)

The problem with this — and we here at SLAMonline.com can be just as guilty of it as anyone else — is that with the need to create content and grab attention comes a tendency to exaggerate and go over the top. This guy is the best player of all time, or that guy is the best young player in the NBA…you know what I mean.

I read a column this week about how Isiah and the Knicks are screwed, and which basically said they’re such an incredible mess that there’s no way the Knicks will ever win a game again. So of course they went out and beat the team tied for first in the Central Division and moved within a game of first place in the Atlantic Division.

Basically, you can believe the hype, but it wouldn’t hurt to keep an eye on it, too.

Oh, and before we hit The Links, our little friend Sam Rubenstein is battling a tough cold today, so send your good vibes to him. Lots of fierce colds going around, from Sam to my man Sekou at the AJC. Meanwhile, I’m doubling my already copious consumption of Airborne.

QUOTES OF THE DAY
“In 10 years, man, they’re going to regret not taking Mr. Okafor.” — Dick Vitale, after the Magic picked Dwight Howard.

“I needed a new look. I went from being a pretty boy to being sexy.” — Drew Gooden, on shaving his head and wearing a headband.

“Our bench guys are like starters who aren’t playing.” — Hedo Turkoglu, on the Magic.

“I won’t try it again unless we’re up 20 points. That’s spontaneous Nate. Spur of the moment.” — Nate Robinson, on trying to bounce a ball to himself for a dunk during the Cavs game.

“I don’t think we’ll see that again. I think he understands how I feel about that.” — Isiah, on Nate.

“Sometimes people need their names called (at the start of games). If that’s so, I’ll get a megaphone.” — Bernie Bickerstaff, on his guys wanting to be in the starting line-up as opposed to coming off the bench.

THE LINKS…
• Great column from Mike Bianchi about the 2004 NBA Draft and, gasp, the hype that was involved.

• Here we go: Allen Iverson and Mo Cheeks don’t seem to be getting along, and AI blew off a mandatory appearance last night.

• After taking several “blows to the head” in the last few games, Dirk had to come out of last night’s game with “blurry vision,” basically the same injury that boxers can have. They say he’ll be fine with rest, and luckily the Mavs were playing the Raptors last night, so they didn’t even need Dirk.

• The David Stern Robot must have loved the Suns/Rockets game last night, which had players from six continents involved. Stern has allegedly promised a $1 million bonus to whichever of these teams first signs a penguin from Antarctica to suit up the next time these teams play. (And the writer forgot that Steve Nash was actually born in Africa.)

• My main man Joe Johnson hit nine straight shots last night in the second quarter on his way to 36 points.

• Doc Rivers and Wally World got into it at halftime last night over defensive lapses. Can’t believe Doc was expecting Wally to actually play defense.

• Check the note at the end here about Shawn Marion being totally into cartoons, so much so that he wanted to find old episodes of She-Ra. Maybe we should call him Boomerang from now on.

• My favorite lede of the day comes from the New York Post, which begins their Knicks sidebar with:

“Nate Robinson made about four bonehead plays last night, none more ridiculous than his attempt at a circus dunk when he was ahead of the field.”

Exactly. Nice try, Nate, but not the smartest of plays. (Video here.)

• Yesterday I linked to a Dave D’Allesandro column about how the Nets needed to start getting Hassan Adams some playing time. Last night Hassan came out and had career highs across the board (16 pts, 8 boards) and helped the Nets get a win…even if he did miss the team flight to the game and have to go commercial.

• Phil Jackson was asked to call the League office, and the news wasn’t good.

• Derek Fisher has stopped wearing his headband, per the rules of Jerry Sloan, and he’s speaking out about Big Ben’s right to wear whatever he wants.

• The Pacers have demoted Danny Granger from the starting lineup, and he says he’s perfectly fine with that.

• So maybe the Sonics are going to stay in Seattle after all?