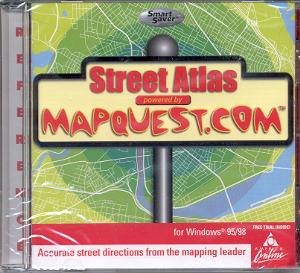 So much to catch up on today…just have at it…
QUOTES OF THE DAY
“I no longer do interviews about the NBA, or anything that helps market the NBA. I leave that to the geniuses at the NBA.” — Mark Cuban.

“(Pop’s) giving him like 20 years, right? That would be tough. He has some tricks, but he’s a gentleman, so nothing would happen.” — Manu Ginobili, on a hypothetical fight between Isiah Thomas and Gregg Popovich.

“I would just go to the airport and go home to Serbia — not tell anybody nothing. I had a lot of crazy thoughts in my mind at that time in my life. Some I don’t want to say.” — Darko, on his thoughts while with the Pistons.

“Miami is a city that can seduce you if you’re not careful.” — Keyon Dooling.

“There’d be no way in hell I’d be president of the Knicks had I not played at Indiana.” — Isiah Thomas.

THE LINKS…
• Is the NBA trying to clean up their image? Well, they are fining guys for the rubber bands and for chewing gum during the National Anthem.

• You might think the NBA is full of thugs and heartless millionaires, but then Allen Iverson comes along and does something like this.

• K-Mart, back on the chilling list with what some are saying was microfracture surgery.

• Is Mike Fratello about to get the axe?

• The Jazz are going all-black. Shoes, that is. Love that Greg Ostertag refused to wear the black shoes.

• The NBA has spoken to Bruce Bowen and asked him to stop putting his foot under players while they’re up in the air. Bowen says they told him if he’s near guys when they land, there will be trouble. Johnny Ludden sums it all up here. I like Bowen and don’t think he was doing it on purpose, but that’s not an excuse if it keeps happening. He can keep it from happening.

• Kobe has no memory of elbowing a fan in Memphis. Can’t wait for videotape of the incident to be unearthed.

• So much for the new balls all being exactly the same.

• DJ Mbenga teaches Fish how to curse in French.

• The Hornets had a workout with Will Smith in Detroit.

• The Celtics say Doc Rivers isn’t the problem, it’s themselves.

• So Jason Richardson and Eric Musselman don’t get along so well. Should be a nice rematch tonight on TNT.

• What can the Cavs do to get Big Zzz… back on track?

• Why Chauncey Billups hasn’t done a pregame interview since 1999.

• Great stuff here from Antonio Daniels and Gilbert Arenas, who apparently re-writes the Wizards’ hustle board to improve his own stats.