The Links: Britney, the Dunk Contest and Elton Brand’s exhaustion 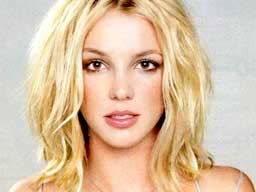 First of all…HOW ABOUT THEM HAWKS! The NBA is Fan-Tastic! I left work last night early enough to get home and see the Hawks/Cavs game, and the Hawks started well and were leading at the half. And then I realized I was starting to feel really comfortable, almost too comfortable. Ever have that happen? You’re sitting there on the couch, watching TV or reading or something, and the next thing you know it’s about an hour later. Somehow I fell asleep while sitting up.

Next thing I knew it was the fourth quarter and the Hawks were down about 8. They came storming back, sending the game to OT on a runner by Tyronn Lue. Cavs announcer Austin Carr was complaining about Lue carrying the ball during the replay, but dude, you announce Cavs games. Ever seen LeBron play? Everyone carries the ball.

I was getting emails during the game from a Hawks exec who was ticked about the officiating, including a disallowed Joe Johnson tip-in and then a play where LeBron fell down and slid into Josh Smith, knocking Smoove’s feet out from under him and sending him to the floor. The call? None. Or when LeBron drove the lane and elbowed Zaza Pachulia in the face. The call? Foul on Pachulia! Anyway, the Hawks were on the road, so I wasn’t expecting to get any calls.

By the way, nice work from the Cavs fans to boo LeBron in overtime after a few missed free throws. Get a life, people. He carried your team all night. You’re not going to get perfection from him, at least not yet. And I didn’t like LeBron walking off the court while there were still about 10 seconds left in the game.

Also, a thumbs down from me on the new Cavs court. First of all, it looks crazy, like it’s lit from underneath or something, with way too much white or gray or whatever that color is. Even worse, it appears to be elevated off the floor by a foot or so. I’m just waiting for someone to go after a loose ball and go flying into fifth row and get injured. LeBron actually fell off the court in the first quarter but happened to land on an empty seat on the Hawks bench.

Spent the morning going back and forth with a new columnist we’ll hopefully be debuting soon here on SLAMonline. It’s going to be very cool, is all I can say.

QUOTES OF THE DAY…
“The first time I saw [the replay], I thought it was a video game. He’s only 6-2, and that made the dunk really crazy. If he was in the NBA dunk contest and did the 720-dunk, he would win on that dunk alone. They would have to shut everything down.” — Josh Smith, on The Air Up There’s 720 dunk.

“Free money for everyone.” — Larry Hughes, on what his campaign slogan would be if he ever ran for governor of Missouri.

“I love his competitiveness. It’s good to be nuts.” — Doc Rivers, on Delonte West.

THE LINKS…
• SLAM columnist Dave Zirin on what happens when politics meets the NBA.

• Great story on Thabo Sefolosha, and everything his family endured (from apartheid to moving all over the place) in order to help him make the NBA. His name still sounds suspiciously like one of his parents had a lisp, though.

• Check the note low here about Gerald Green prepping for the dunk contest. Could be the highlight of the season for the Celts.

• Josh Howard is out two weeks, and check the note about the Warriors’ plane breaking down, stranding them in Dallas for another night. I can just imagine their plane not cranking up, and then Mark Cuban sliding out from underneath the plane wearing a set of oily coveralls, a devious grin on his face.

• Imagine David Stern sitting at his desk, flipping through all his bookmarks, when he lands on Cuban’s blog and sees this post.

• The Pistons just can’t stop whining about the new rules. Shouldn’t someone step in and tell them to shut up and play ball?

• They must be really nervous in Phoenix if they’re predicting that Jalen Rose will come riding in to save the day.

• Mike Woodson says he’s “a big Diet Coke guy.” And Marvin Williams can’t wait to get his cast off.

• Gerald Wallace and Emeka Okafor are a combined 10-for-31 from the free throw line this year.

• Vecsey is declaring war on Isiah.

• Eddie Jordan says the Wizards fight is behind them. But what about Etan Thomas’ missing dreads?

• Is Steve Novak the best shooter in the NBA? According to T-Mac, yes he is.

• Anyone else notice the U.N. Security Council at the Knicks game?