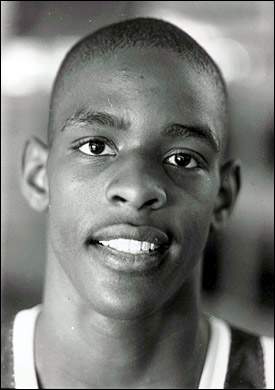 A thought I had today: The Miami Heat are going to play most of their regular season with Ronnie Rothstein as coach, and then Pat Riley will return as the end of the season nears and coach them for the last few weeks and on into the playoffs. Riley will probably arrive at the perfect time, just as the team starts to tire of Rothstein. Riley will bring in his wacky motivational tactics and get the guys excited to play, and the Heat will return to being the world-beaters they were last postseason.

My question is, why don’t more team do this? Hire one coach to get you through the regular season, a grinder guy who will win more games than he loses and just help you qualify for the Playoffs. Then, about a month before the Playoffs start, bring in someone else to get you to the title. It’s like a closer, as someone noted here today.

Phil Jackson would be a good candidate for this, although his system is probably too complex for him to disappear and then suddenly show up and expect everyone to run it. But what about Chuck Daly? Hubie Brown? Mike Fratello? Wouldn’t the players get excited about this and pick things up a notch?

Russ and I went to that Nets/Knicks battle on Friday night at MSG. (Sam went as well but he left early.) Russ said he was keeping notes. Russ?

QUOTES OF THE DAY
“Oh, I’m overly pissed.” — Sebastian Telfair, at being dropped from first string to third string in Boston.

“I make no claim to be a psychologist that has answers to questions that are beyond speculation. I learned that from watching CNN and Fox and CNBC all the time.” — Gregg Popovich, asked if he thought Larry Brown would return to coaching.

• This is pretty surprising: Pau Gasol wants out of Memphis, and the Bulls have already been approached. As Drudge would say, DEVELOPING…

• Tough for the Nets, who just lost Richard Jefferson until after the All-Star break. Can Jason Kidd average another 15 points per game and carry the team?

He was kicked above the ankle during practice Dec. 29. It turned into a deep bone bruise, which has led to a host of complications. “It’s really affected some muscles that control the movement in my foot,” Brown said. “I had a little bleeding in my bone marrow, then it sent some fluid into my Achilles area and swelled my ankle up.”

• The Gilbert Arenas experience has morphed into something special, but the rest of the Wiz are a pretty entertaining bunch, too.

• Josh Smith wants to apologize for flipping off the crowd in Charlotte during the Hawks’ loss on Saturday. By the way, the Hawks lost back-to-back games against the Bobcats. Why isn’t anyone calling for Mike Woodson’s head?

• The Bobcats beat writer says the Christian thing to do while covering Jeff McInnis was to keep an open mind. Not to mention the ethical thing.