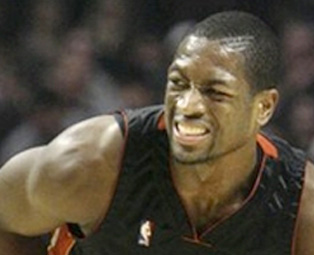 Some random thoughts and notes…

• Goodbye, Czar of the Telestrator. The rumors about Mike Fratello’s impending demise had been circulating for a while, but I was shocked when he was actually canned yesterday. During his tenure in Memphis, Fratello was 95-83 and was the franchise’s winningest coach. They won 49 games last year, and though they’d started 6-24 this season, they’d been playing without their best player and they lost both Lawrence Roberts and SLAM Rookie Diary writer Kyle Lowry to injuries.

But Jerry West still kicked Fratello to the curb, which makes me think there’s other things at work here.

“We needed a change,” Jerry West said. “A different voice in our locker room is needed at this point in time. I’ll leave it at that.”

Yeah, a voice screaming, “Lose! Lose all the rest of our games!”

Look, there’s no way the Grizz are making the Playoffs this year. So why not tank the season and go hard after Greg Oden? The Grizz actually have the worst record in the NBA right now, and being in the West, they’ll play a tougher schedule than Philly or Charlotte the rest of the way. And Jerry West seems to have a knack for helping resuscitate things by bringing in a big man from time to time. Gasol and Oden? Ugggly, but hellacious.

• Who will be the next Memphis coach, long-term? Last time they canned someone mid-season, Jerry West surprised everyone and brought in a wrinkled coach off the scrap heap — Hubie Brown — who turned everything around by going old school.

• Kiki Vandeweghe speaks exactly like Bill Walton, only without the lisp. Maybe they had the same speech class at UCLA? Next time Kiki is on ESPN, check it out…it’s pretty creepy.

• Even more disconcerting is Steve Kerr’s new hairstyle. I think he’s trying to grow it out to match Marv Albert. I miss the old Kerr, with the ultra-short young executive cut (like on his Yahoo! picture). Now he’s caught in between short and long, only he can’t wear a hat to hide it.

• (Also, I thought of that Kiki/Walton thing on Wednesday night while watching SportsCenter, when Vandeweghe was asked which NBA coach was on the hot seat and he said Mike Fratello, but added that the seat was only “warm,” not quite hot. Guess that thing heated up pretty quick.)

• I watched most of that Denver/Seattle game last night, and the Nuggets are fun to watch with Iverson and all, but I’m curious about what’s going to happen when Melo gets back. Not about how Melo will fit in with Iverson, because Iverson’s been revitalized now that he’s playing with actual basketball players — he’s been sharing the ball, creating for other guys, etc; it’s like we’ve suddenly unearthed the 2001 Iverson again — but about what’s going to happen to Earl Boykins.

Iverson’s stats last night were amazing: Not only did he have 44 points and 10 assists, but he managed to turn the ball over 9 times. He’s not dominating the ball, is he? Sure he is! But that’s what he’s great at, particularly when he’s surrounded by guys who are happy getting rebounds and not shooting (Reggie Evans, Eduardo Najera, etc.)

But Earl Boykins, all 5-5 of him, played 31 minutes and squeezed off 17 shots while adding one assist. I can sort of understand him having low assist totals, because Iverson’s keeping the ball so much that the only time most other guys get the rock is when the shot clock is ticking down. But getting one assist in 31 minutes is pretty amazing, almost impossible.

Plus JR Smith was averaging 12 shots a game, and Camby was getting up 10. When they come back, this is going to be a very different team.

• Sla-Va-Med-Ve-Dank-O! If the Hawks don’t bring in Stephen A. Smith to say his name when he checks in, I’ll be disappointed. Shoot, get him on “Quite Frankly”! That show’s still on the air, right?

QUOTES OF THE DAY…
“He’s a space cadet. He could be on Mars. I know it’s not on Venus, but he could be on Mars. He’s one of those guys that you go like, ‘Do you understand really what we’re trying to get accomplished here?’ And he’ll go, ‘Yeah, I know what’s going on.’ And then you ask him the next day if he knows that and he goes like, ‘Yeah, sure.’ And then you go, ‘OK, demonstrate it to me,’ and he’ll lose [focus]. He is kind of a free spirit on the floor. He just can’t get away from that aspect of his game. He’s going to touch the ball and shoot it, even though I tell him those aren’t usually good shots. He still wants to know if he’s hot. If he’s not hot, he wants to get hot. If he’s not going to get hot, then he wants to shoot so he can get hot.” — Phil Jackson, on Vlad Radmanovic.

“He has the green light — a neon green light — to go at the offensive end. It’s greener than anyone else’s in the NBA.” — Jameer Nelson, on Gilbert Arenas.

“I never saw us flop around to try to draw a foul so much in my life. I mean, if we’d have been an airplane, we’d have taken off and flown, probably.” — Jerry Sloan, on the Jazz getting demolished by the Spurs.

“Now listen, he does have a problem with his knee and he does have an arthritic toe. That is no BS. He does.” — Bob Hill, on Danny Fortson.

“We’re in the right division. It’s an amazing division. If you have three or four days off, you probably move up to first place. The key in our division is not playing right now.” — Doc Rivers.

THE LINKS…
• Dwyane Wade’s wrist injury isn’t all that bad, as he’ll probably be back tonight. I just

wonder what Converse thought about Wade getting that adidas logo shaved into his head just in time for the Heat’s nationally televised game on Christmas?

• But Chris Paul is going to be out for a month. I actually spoke to CP3 yesterday and he said he was hanging in there, trying to stay up. I wonder if his injury was karma for the basketball gods letting him do this.

• They’re saying Tracy McGrady will never have back problems again. Really. After years of back problems, he’s apparently going to be fine. What’s interesting is that the doctor who made this miracle cure was recommended by none other than Charlie Ward. (If I could make the font be in red, I would.) So who’s his doctor, Benny Hinn?

• Vince Carter says he heard the boos in Jersey the other night. Someone who was at that game (OK, it was Sam) told me Vince pretty much quit in the first quarter. Wow. Can’t believe people are questioning Vince’s heart and desire. Shocking, really. Vecsey puts Larry Frank on the chopping block.

(And let me put this out there about that call the Nets didn’t get in Detroit earlier this week: First of all, Mikki Moore tripped Tayshaun Prince early in the play, which is why everyone was wide open. Maybe if Mikki Moore hadn’t tripped Prince, the refs would’ve whistled something on Sheed. Second, maybe the refs would’ve been forced to call something if Vince had forced his way into Sheed instead of settling for yet another fadeaway jumper. How do you expect to get a bail-out call when you’re firing up fadeaway jumpers? Ridiculous.)

• The Central Division is red-hot right now, and the Bucks have won six straight. Check out the lede in this story in today’s Milwaukee paper:

The Milwaukee Bucks, winners of six consecutive games, are the hottest team in the National Basketball Association’s Eastern Conference. Are they making believers out of people that maybe – just maybe – this team could be for real?

The next line should be something about Terry Stotts coaching the team and people realizing there’s no way they’re for real. The story also doesn’t mention that the six wins were against Minnesota, Miami, Minnesota, New Jersey, the Spurs (who were without GINOBILI! and Barry) and the Grizzlies. Hey, wins are wins and I’m not knocking them winning six in a row, but they’re not keeping this up all year.

• You know things are going down hill in Atlanta when Mike Woodson is lavishing praise on Tyronn Lue, saying he’s been a huge part of things for the Hawks. He’s right, though — Lue has been instrumental in the Hawks not making the Playoffs the last few seasons. The article actually has good stuff about Lue’s mom, though, whom he describes as the local shoplifter when he was growing up. Gangsta.

• I found this clip via Mark Cuban’s blog. Also, behind the scenes from last night’s Suns/Mavs game.

• Phil Jackson is back on the grind. And Bob Hill might spar with Earl Watson and Damien Wilkins, but he’s repping hard for Danny Fortson, who might have figured out a way to never have to play another road game again. Genius!

• Will Gilbert Arenas go for 70 tonight against the Magic?

• With Brevin Knight hurt and Charlotte in need of a point guard, could this mean the end of the road for Fabio?

• Favorite headline of the day: Will the minutes come to Mohammed?