The Links: Gilbert’s Eyes Are Shut, and Kwame’s Brown Out 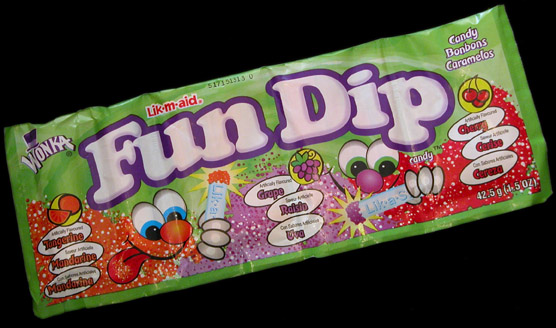 Left the office last night around 6 and saw a guy walking down the street carrying a fire hydrant, which is something you don’t see very often. I always thought a fire hydrant would be heavy, but this guy seemed to be carrying it with relative ease. That is, until he sort of stumbled, and the fire hydrant flew out of his hands and crashed to the sidewalk.

I turned the corner to discover that two movies were being filmed on the street next to the SLAM Dome. This explained why I saw a bunch of people with afros and ’70s suits on, and it explains why someone was carrying a styrofoam fire hydrant down Broadway. The two movies? One is a new Will Smith movie where he saves the world (and I’m guessing at some point he looks at the villain and yells, “Oh no you didn’t!”) and the other one is a new Denzel Washington/Russell Crowe movie with a title only Omar could love: “American Gangster.”

Anyway, let’s get to The Links. Oh, and I reviewed Tiger Woods for the XBox 360 today for SI.com.

QUOTES OF THE DAY
“I was a weird little kid.” — Scot Pollard.

“[Telfair] didn’t do anything wrong. He’s going to go [out] to dinner again. Let’s hope he goes to a safer place with less jewelry on.” — Doc Rivers, on the Celtics returning to New York tonight.

“If you think he has energy now, you should’ve seen him before. He was running, trying to dunk over everybody. He was way more wild before. We used to have to tell him to slow down because he had so much energy. We thought he would run through the wall.” — Fabricio Oberto, on Andres Nocioni.

“It isn’t like you invented the light bulb just because you dunked over somebody. It’s not like you did something anybody in the Western world gives a damn about.” — Greg Popovich, on players celebrating too much.

“The way I would respond to that is apparently he’s going to have a breakout year this year. I’m looking forward to seeing it.” — Scott Skiles, on Tyson Chandler’s claims that he couldn’t play for Scott Skiles.

THE LINKS
• Gilbert Arenas shot a free throw last night in the Wizards’ preseason game with his eyes closed. He made it.

• Kwame Brown is out for a month with a bum shoulder. And Mike Bibby is out for two weeks.

• How do we know Dwight Howard is about to have another monster season, as I predicted back in July when I saw him playing in Vegas with USA Basketball? Madison Avenue is all over him.

• Meanwhile, Scot Pollard says he has an endorsement deal with Fun Dip, which might be the greatest candy of all time.

• Bonzi Wells has been missing time due to “personal reasons,” and the Rockets don’t know when he’ll be back.

• The Celtics are going to have to get rid of either Michael Olowokandi, Allen Ray or Luke Jackson. Wouldn’t any of those guys fit on another NBA team? Also, SI.com is reporting that the police have ruled out Bassy as a suspect in the Fabolous mess from last week.

• Is something wrong with Charlie Villanueva?

• The new announcer for the Bulls? Kendall Gill.

• Arriba! Arriba! Speedy Claxton is back practicing in Atlanta.