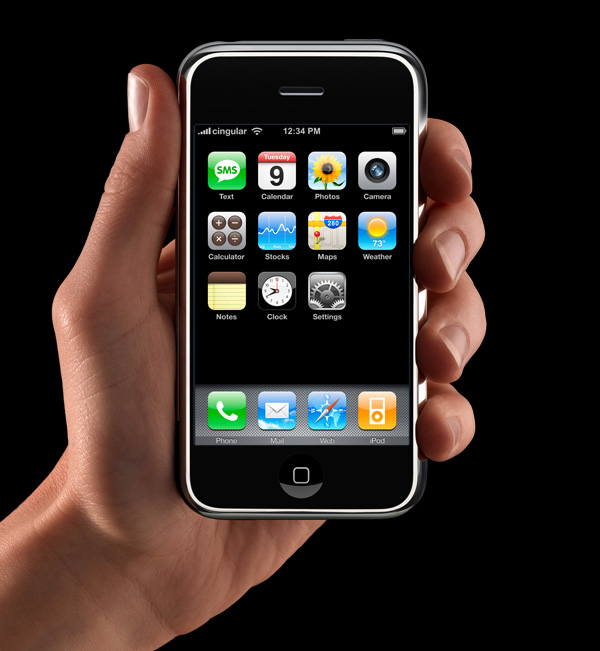 So…notice anything new around here? Yeah, we had a little nip/tuck on the front page of the site. This will be an ongoing process, as we occasionally shake things up a bit and try to keep everything fresh. There are still a few wrinkles here and there. Over the weekend, whenever you clicked on Sam’s column archive button on the main page, it took you to the website for our company’s King magazine. So it looked like Sam’s latest column was about how big girls are the popular thing right now.

Part of the changes going on over here involve me and Sam and some other stuff, but I’m not allowed to talk about that yet. You’ll find out soon enough. The great part about it all, however, is that on days when I’m too immersed in magazine stuff to get the website going (like I’ve been the last week), Sam’s able to keep everything cracking, as the site has been the last few days while I’ve been in proofreading hell.

By the way, I’m all about the iPhone. I love my Sidekick and all, but this thing looks ridiculous.

QUOTES OF THE DAY
“If you could take a saw to one half of the court and eliminate it, then he would.” — Jeff Van Gundy, asked if John Lucas III deserved more playing time.

“I don’t know about infectious, but I had viral menengitis in college.” — Tony Barone.

“You don’t talk to your sister’s best friend for nine different reasons.” — Barone.

“We need some better home cooking by our wives and our girlfriends or something to get over the hump.” — Wally Szczerbiak, on the Celtics poor play in Boston.

THE LINKS…
• Just sad news out of New Jersey, where according to the Bergen Record, Jason Kidd has accused his wife of abusing their kids. The word “abuse” has nothing but bad connotations, and the story I’ve linked to doesn’t specify what sort of abuse Jason is talking about — if it’s physical, mental, whatever. The NY Post story says Joumana has been abusing Jason. This is bad stuff all the way around, so everyone please keep it civil in the comments section.

• I’ve said since training camp that this was going to be a weird year in Detroit, and things might be starting to unravel. Tayshaun Prince, of all people, has come out and said the Pistons have chemistry problems, locker room problems and issues with guys coming late to practice. Maybe going to the media is Tayshaun’s way of handling it? And who do you showed up late to practice? My money’s on Sheed.

• Love this story. During the Spurs/Mavs game over the weekend, Avery Johnson pulled some trickeration that was pretty genius. He First he told the Mavs not to double-team Tim Duncan, and then he told the Mavs players to ignore what he was going to yell. Then, whenever Duncan caught the ball in the post, he started yelling “Double! Double!” Duncan got all confused, the Mavs won.

• By the way, LARRY BROWN HAS NO INTEREST IN COACHING!!!! That’s what he says, at least. In a related story, I have no interest in watching soap operas. Really, who cares?

• Wow. Just when the Bucks reeled off some wins, Michael Redd is down, and he’ll miss up to six weeks with a sprained knee ligament. Time for TJ Ford to step it up. Oh, wait…

• According to the New York Times, headbands are now cool. Gee, thanks.

• The Cavs are rolling right now, but they’re going West for seven games, including two back-to-backs.

• The Bobcats are having a tough time dealing Melvin Ely. Possibly because he is Melvin Ely.

• Hey Patrick O’Bryant, welcome to the D-League. Some funny stuff in that column.

• Luke Jackson just got a job.

• Would the Cavs go after Earl Boykins before the trade deadline? And would Earl pass the ball to LeBron?

• Has Stromile Swift finally found the style of play to set him free? I like Tony Barone, if only because he looks so wild, kind of like Big Pussy from “The Sopranos.”