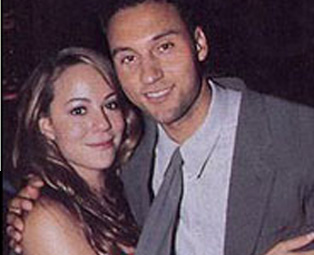 How about last night’s NBA Fastbreak show (or whatever it is ESPN calls their NBA highlights program). Last night’s show was hosted by one of their interchangable anchors, and the lone analyst was WNBA superstar Swin Cash. Look, I’m all for gender equality, but can we get a WNBA player who can tell us something we don’t know?

For instance, after a clip of Amare dunking off a nice pass from Steve Nash, Cash said something like, “If you’re a big man, you love playing with a guard who can get you the ball, so I know Amare loves playing with Steve Nash.”

Speaking of ESPN NBA people, I can’t tell you how I know this, but Stephen A. Smith has his name embroidered in red on the inside pocket of his heavy winter coat. I don’t have my name sewn in any of my clothes.

And get this stat: Twice in the last nine days, Steve Nash has had games with 15 assists and no turnovers. Amazing.

Let’s get to some Links…

QUOTES OF THE DAY…
“I knew something was special about LeBron when they started televising his high school games. Who’s the dude with the beard? They got one of the coaches playing. Somebody’s dad is playing the game.” — Alex Thomas, comedian, at the LeBron Roast.

“He’s not tight enough for me.” — Don Nelson, on Al Harrington being five pounds overweight.

THE LINKS…
• Love the NY Post for bringing the full-page graphic of women Derek Jeter has dated.

• Major League Baseball is trying to break my heart.

• Details from the LeBron Roast in Cleveland, including some pretty funny lines directed at Damon Jones.

• Linkstigator Nick Collison is getting screwed by the refs. Don’t make us do something about this, refs.

• Is it time for something to change in O-Town?

• The Spurs have put Manu Ginobili on the bench. And he’s fine with it.

• Is it over for AI and his Wifey?

• Results of the latest Swag Olympics in D.C.

• Interesting Q&A with Yakhouba Diawara, who has a colorful past.

• The Pistons frontcourt duo of Dale Davis and Jason Maxiell has been dubbed “The Goon Squad” by Rasheed Wallace.

• The bad news is that Ben Wallace hurt his knee. The good news is there’s no “structural damage,” which is kind of vague, and there’s no timetable on his return.

• Really gripping stuff about a member of the Nets dance team. Her “versatility” and “adaptability” have really helped her out, the article says. That and the schoolgirl outfits the dance team wears.

• It wasn’t always fun to cover the Miami Heat.