The NBA Playoffs: Where we stand after game ones 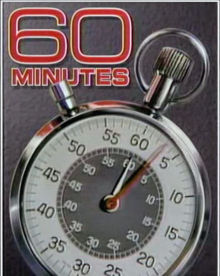 Ha ha! Obviously I watched 60 Minutes to see Cam’Ron humiliate himself. Yup, he did. Cam was as ignorant as expected, and they sufficiently humiliated Busta Rhymes, which is always good to see. For all of you Toronto Raptor fans out there, Busta is to me what Vince Carter is to you. The only difference being that I have moved on and no longer recognize him as the same individual from L.O.N.S. But the highlight of 60 Minutes was this one little kid named Alex. Anderson Cooper asked him “If the rappers are teaching, what are they teaching you?”

Alex responded: “Don’t back down from a fight. Get money. Hold your own. Mind your business. Don’t snitch. Look fresh.” I swear, these things just came out of his mouth one after another. It was like he was reading a script. The kid broke down the entire modern Hip-Hop movement in about 3 seconds, and he was much more articulate than Cam. Later on, Anderson asked him if he trusted police and Alex replied “There have been numerous times I’ve been walking, just a regular American citizen, and I’ve been stopped.” They say he was 14-19 years old. If you have that DVRed, I recommend you go back and check out Alex. An amazing performance. He sounded like Tony Soprano in that last statement, kind of like when Tony gives his speeches about being a regular businessman. Numerous?
SEGWAY!

The Sopranos was so good. As someone that has written off the show and only watches because this is the last season, I was pleasantly thrilled with the way the episode went. Simple formula: More Uncle Junior and Paulie. Less Carmela. It always works. I won’t delve into the episode as to not give away any spoilers. It was goooooood. We’ll leave it at that.

Oh yeah, and there was the NBA Playoffs, not to mention Mets-Braves, Yankees-Red Sox, and Scarlett Johannsen hosting Saturday Night Live. On top of that all, it was absolutely perfect weather this weekend. And HEROES is back tonight.

HEROES IS BACK TONIGHT!!!!

But I should talk about the playoffs. Lang mentioned that I’ll be writing the D.A.Y. during the playoffs. I don’t know if I’m going to do that exactly. We have plenty of people writing about their assigned series and Lang on the all-around picture. I want to come up with a “Playoff Faces” type of gimmick again.

So… finally I get to the basketball part of this post. There is a saying that a playoff series doesn’t really begin until a team loses a game at home or faces elimination. After one and half days, everything was going to the script, other than the Nets using their experience to take advantage of the understandably nervous Raptors in their first playoff game of the Colangelo era. The playoffs were going to form. Detroit and Cleveland taking care of business, Houston and Utah getting physical, the Bulls making a statement, Kobe getting tired and running out of bullets, settling for too many deep jumpers with Barbosa going bezerk, and then we got hit with the double shot.

Denver came ready to play and beat the Spurs in San Antonio with the Melo-AI combo fulfilling its promise.

Golden State continued their dominance of the Mavs behind a phenomenal Baron Davis performance. This is exactly what happened early in the season. Nellie came to Dallas, got his revenge, Baron went off and picked up one of his 4 Player of the D.A.Y.s, and the Mavericks were in the midst of their 0-4 start.

Forgotten guilty pleasure of the playoffs: watching Mark Cuban cry and stomp around like a little brat.

The thorough recaps, analysis, thoughts and what not from game ones will be coming in today, and some are already in.

Tonight we’ve got game 2s of Orlando-Detroit and Utah-Houston. The Pistons pattern is to lose one game every first round, even when they are the superior team. Maybe tonight is the night? Utah-Houston has become a Tracy McGrady psychoanalysis program. He’s been up 2-0 and 3-1 in series before, so the screws won’t really tighten until he has to close it out. We’ll see.