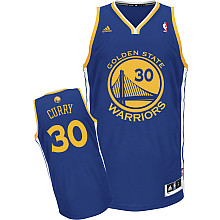 The mistakes of the mid-’90s NBA jerseys feel about as far in the past as the memories of a Glove-to-Rainman alley oop. (Here’s one for old-time’s sake in their first SuperSonics uniforms.)

Truth is, NBA teams have done a better job of reigning in some fashion sense over the last decade. Fans will get an opportunity to check another group of new uniforms this season, as six teams will unveil new jerseys for the 2010-11 season.

I’ll provide my thoughts on each jersey, but my opinions don’t do them justice. That’s why I recruited fashion writer Sabrina Alexis Newman to give her evaluations on the League’s newest threads. Sabrina founded the fashion and lifestyle website anewmode.com, so she knows her stuff. And she has strong opinions about what went right and wrong with the design of each jersey. Let’s get it going:

The Cavs’ new motif, which the club calls a “new expression of wine and gold,” is similar to last year’s version; still, it has its own flavor. The new expression is meant to harken the Cavs’ unis from the 1970s, and it resembles a color scheme worn by the Cavs last year in one of their many alternate uniforms.

The ‘Cleveland’ and ‘Cavaliers’ font were changed to a more standard block, but the ‘C’ with the sword going through it still lives on each side of the home and away shorts. Better yet, there is apparently a “DNA statement,” as the team calls it, that is printed along the back of the inner-collar of the crew neck. It reads “All for One. One for All.” If only they had that sort of team camaraderie during last season’s playoffs.

Sabrina says: “The Cleveland Cavaliers jerseys are a definite step up from last year. The new version is less flashy, (maybe they couldn’t afford the flash anymore after losing Lebron!) and the basic font they went with is a huge improvement over the old one.

I really like that they went with a simpler, more classic style — it’s a lot more professional and less costume-y. However, now their jerseys look more collegiate than professional, which may be representative of the team’s skill level this year, as well. Hopefully, they will prove us wrong by showing us less is more.”

Eccentric designs are nothing new for the Mavs, who’ve even let P. Diddy put the design touches on their laundry. Yet the Mark Cubans have shown more conservatism than normal in their new design. The number is back below the team name on the front and the white piping on the road jerseys have been removed. (Full disclosure: I am going off of these Mavs uniforms, which wasn’t necessarily their normal road look.)

Sabrina says: “The old Dallas Mavericks jerseys looked like a throwback to the styles from the 70’s…in fact, John Travolta may have worn that under his butterfly collar jacket and bell-bottoms. The new version may be more modern, but has much less personality and looks like it was modeled after a scuba suit. And I could definitely do without the curved v-neck, it’s way too dainty looking. I want to be able to see as much of Dirk Nowitzki’s chest hair as possible!”

The Warriors took it back old school with their drastic logo change. Orange was dropped from the color scheme as G-State went with a traditional yellow and blue combination, which is a scheme you’ll find in some variation among many California sports teams, past and present (UCLA, San Diego Chargers, Cal-Berkley, Los Angeles Rams). The popular “The City” uniforms are spun off here as the Warriors become the only NBA team to contain an architectural element in its logo. It’s a dazzling uniform that meshes old school cool with new school hip. However, others are less impressed.

Sabrina says: “What is it with the curved v-neck? I didn’t know there were fashion trends in basketball but apparently there are and this one definitely needs to go. Ugly neckline aside, the colors are ugly, the font hardly makes a statement, and don’t even get me started on that ridiculous bridge they stuck in the middle.

I’m not even a sports fan and I actually feel kind of angry by these egregious changes. All of the elements of the old one worked perfectly together — cut, color, font, size — creating a style that was bold without being too obnoxious. The new jersey makes them look a lot less like warriors and a lot more like someone working for the San Francisco board of tourism.”

Modest revisions were made by the Clippers for their new uniforms over their old ones, which I’ll mostly let Sabrina explain. One fantastic alteration is that they changed the handwritten script on their road uniforms from ‘Clippers’ to ‘Los Angeles.’ That’s what the Dodgers carry on their road unis and it’s what the Lakers used to rock when they wore blue road jerseys in the 1960s. It’s a classy look.

Red remains the primary color with blue taking a backseat. Perhaps the first alternative to the home/road unis will be primarily blue, as it’s been the last few years.

Sabrina says: “I definitely like the old one more but even if the new one was amazing, no amount of stylistic modification can change the fact that it still says ‘Clippers’ on the front. They kept the concept pretty much the same but turned down the volume a bit with the new one, replacing the big blocks of blue running long the sides with small stripes that remind me of the ribbons Rainbow Bright wore in her hair. The script, which looks like it was written by a 3rd grade girl, also looks a little smaller on the new version. Maybe the players made a special request so they’re not as easily identified as part of the team.”

Green is gone from the T’Wolves old jerseys, which lasted all of two seasons. The look now is much colder — no green, no trees and mountains, just silver and the same shade of blue. Between the lack of green, the prevalence of silver and the dagger-like font of the ‘Wolves’ on the front, I think of this jersey as the Serial Killer of NBA uniforms. Dexter would rock this.

Sabrina says: “The new Timberwolves jersey is a major upgrade from last year’s, even though the players are gonna look like they’re perpetually dealing with bright blue pit stains. That aside, the new neckline is a major improvement over the old one, which was pretty cool, but too fashion-y and artistic for a sports jersey. I’m also happy to see that they banished the unnecessary and hideous pops of green, keeping the color palette a lot cleaner and more uniform. However, if Dr. Freeze saw this, he would sue for copyright infringement.”

Love the new look for the Jazz. Perhaps their fans will be a little less angry now that their beloved club has made a seismic shift in its uniform. A return to the roots of their team’s identity, similar to the Warriors and, to a lesser degree, the Cavs, reminds me of how well the dark purple and pure green play off each other. The inclusion of baby blue into Utah’s color scheme never made sense to me; too many teams rely on that color anyway. What the Jazz have now is a jersey any team fan should be proud to sport.

Sabrina says: “I give props to the Jazz for ditching the 3D lettering and going for a smarter play on their team’s name: a musical note. However, I don’t like the bottom of the note representing a basketball. I know it’s part of their old logo; it’s definitely clever but way too cutesy. I really like the new neckline, too. It’s a lot sleeker than the old one which spilled out way too far. Overall, the new style is a big improvement. Although, it still doesn’t vanquish the irony of a Salt Lake City team being dubbed the ‘Jazz.'”