The Nets Did Not Appreciate Sam’s Team Preview 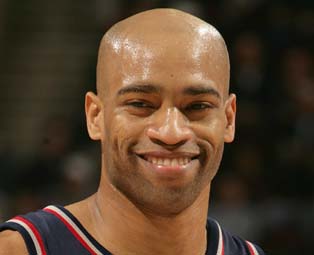 I was out of town most of last week and only had a chance to a-read this email or b-fully read Sam’s column until this morning. I think Sam has free rein on this site to write in his own way and I enjoyed the column, which was not meant as literally as Gary Sussman took it. But considering Gary’s long-time help of SLAM and Slamonline and his position with the Nets, I was happy to run the below email which, after some back and forth this morning, he asked me to run in its entirety…

I have no problem with writers slamming players (excuse the pun)…but to infer that Vince was not injured as Sam did in his piece is totally irresponsible. Vince had ankle surgery after the season and had been playing with spurs in his ankle for the majority of the season…and could easily have shut it down at the All-Star break. This is not spin…this is fact…I will send you the release so you can show it to your writer. And as the editor, you should know better than to question whether an athlete is injured…does the name J.R. Richard ring a bell? I never debate content…the writer always has the last word…but in this instance, your writer was totally off base in his insinuation, and this reflects poorly on your publication.