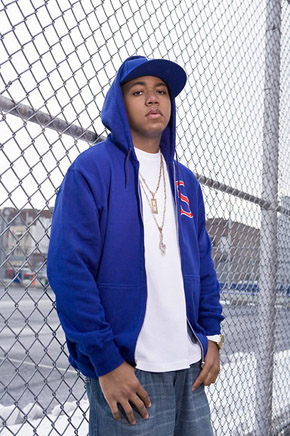 What’s up world, its Skyzoo checking in for week 3 of my “Chain Link Champions” blog series for SLAMonline. First off, shouts to everyone who logs on week after week for the posts. The League has been incredible this year, and it’s dope being able to document it and have y’all join in on the insight and my POV. Part of the surge that the league has been on is due to the unexpected focus on my favorite position in the game, the spot I played in my hooping days: the point guard.

As a PG, the job as always been described as “floor general”, pass now, score later, see with your eyes behind you, etc. The quarterback of the sport, PGs have always held some sort of spotlight on them. The game has always held a special place, from a fan point of view, in their excitement for point guards. Whether it was Oscar Robertson averaging a triple double for an entire season, or Magic Johnson being 6-9 and hovering over his 6-3 competition, or Derrick Rose winning the MVP award over every taller scoring machine on the planet. The point guard has long been coveted, but never to this year’s extent.

If you know me or have heard certain records of mine or even read my first blog entry for SLAM, you know my favorite player growing up was Penny Hardaway. At 6-7, Penny was the closest thing we’ve seen to Magic Johnson. The point guard who was built with the handle of a 1, the range of a pure 2, and the size and athleticism of a 3. Penny was pretty much a “do it all” PG. As a kid, I modeled my entire game after Penny, most notably whatever he did on TV the night before. Dribbling with the left, wrist band above the elbow, passing behind the back while in the air in the paint, Penny redefined the PG era of the mid 90s.

To me, a team can’t and won’t survive without a great PG. For every MJ there was a Ron Harper making sure he put the ball where Mike needed it in order to fly. For every Karl Malone there was a John Stockton averaging 14 assists, which in turn lead to The Mailman’s 25 ppg. For every Chris Mullin 3-pointer there was a Tim Hardaway crossover that broke down the defense and allowed him to kick it out to Mullin for an open 24 footer. The game has always been driven by PGs who change the way the sport has been played.

This season has seen the full on birth of the scoring PG. Derrick Rose, Russell Westbrook, Brandon Jennings, Rajon Rondo, Chris Paul, Deron Williams, Jrue Holiday, John Wall and Jamal Crawford (best handle in the League rite now; YouTube him for proof) are all examples of the PG of the present and of the future. One who can drop 25 at any given, if needed, but can still focus on 8 assists per night, as they should.

Skip Bayless made a point on First Take the other day, noting that he hates the new “score first” mentality of today’s PG. I agree, to an extent. Scoring PGs have always been around. The aforementioned Oscar Robertson, Walt Frazier, Isaiah Thomas— they all dropped 20+ on the nightly, and some nights took the most shots per game, so it’s nothing new. Difference being, they always got 8+ apg while doing so. I’m a fan of new school line up of scoring PGs, and as a former PG, watching Derrick Rose become the first PG to win MVP since Steve Nash was beyond dope. As long as the aesthetic of what a point guard means to the full 48 minutes is never lost. In hindsight, its a big part of why the Heat took so long to gel: no true PG to lead the way and facilitate.

In closing, shouts to Derrick Rose for doing what he predicted in September 2010, when no one saw it coming or agreed. PGs for life. ‘Til next week, see y’all at the Chain Links.

Sidebar: The Duck Down/ NBA 2k12 contest is winding down, and you can now vote on the final song placement in the upcoming NBA 2k12. Log on to www.duckdown.com/nba2k12 to vote now.