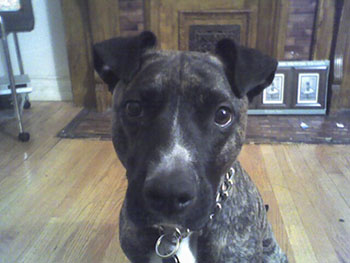 Let me just say that this whole situation is awesome. And I’m not talking about Lindsay Lohan either (although if I could get my hands on a “Free Lindsay” shirt I’d rock it. So what if she throws her career away. Let her live. Who even has seen any of her movies? She’s young, loose and high. That’s how Hollywood starlets get down right? Lindsay, when they try to put you in rehab say NO! NO! NO!)
When I say situation I mean Barry Bonds and his steroid allegations, the NBA and the referee/gambling allegations and Mike Vick’s dogfighting fiasco. The timing of this is just too amazing. It’s the perfect storm of sports related nonsense.

I consider myself a big sports fan. Not just the major team sports either, all jokes aside I love gymnastics. I admit that I can’t just rattle off a bunch of names but I generally watch gymnastics whenever it’s on television. Sports for me has always been exciting because of the competition and my fascination at those who could extend the excepted parameters of human physical ability. People who didn’t like sports I always sorta dismissed them with a you don’t know what you’re missing shoulder shrug.

These days those that don’t care about sports, care about it less. Or they hate it and everything they think it represents. In the past I could have just accused them of just hatin’ but now they have their points.

First I love dogs. Didn’t always but I’m now officially a dog person. My ex has a Pit bull named Raquel and she’s pretty much the happiest, most loving dog you could ever ask for. A truck hit her when she was pup so she has some anxiety issues. She’ll relate if your friendly but she gets nervous around strangers so worrying about her biting you is pretty much an obsolete issue. However she bullies other dogs and as I mentioned last week I’ve had to break up a couple of her fights. But 99 percent of the time she’s great. So watching footage of dogs fighting and bleeding and being tortured makes me sick. So this whole thing with Vick annoys me to no avail. Whether it’s him or his peoples the situations that are being described are barbaric and sad. Although I must add that PETA needs to protest those whom hunt and the gaming commissions that support them with the same energy. And the Feds love this if only to divert attention away from the ineptitude of Alberto Gonzales and the BS going in the Justice Dept. For their PR purposes this is as good as it gets.

The ref situation we all know is terrible. This has the potential to really harm the NBA. Because at the end of the day nobody is gonna support something obviously fake and dishonest. The casual sports fan halfway has never had more reason to hate the NBA than right now. The real sports fan has never had a better reason. For those of us whose livelihood is affected by this we especially have never had more reason to hate the NBA. Downplay it all you want but this is a big deal. He could have just bet with a bookie but by getting himself involved with the Mafia this whole thing will become legendary.

And regarding Bonds, just go ahead and make it happen. I don’t care anymore. I’m just amped that Manny Ramirez is finally heating up.