The Revenge of College Basketball 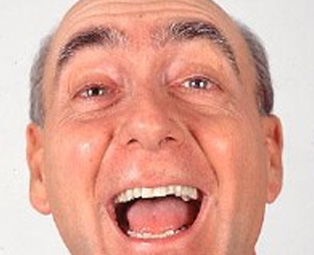 Put it like this: I haven’t even bought LeaguePass yet. Here I am an editor at the world’s greatest hoops mag and I just let the first month of the season pass away having seen only half of the teams play a game. Granted, the first month of the season is more a weeding-out process and doesn’t deserve 101 percent concentration, and living in the NYC area gives me twice as many chances to watch local games, so getting extra coverage isn’t as mandatory.

But that’s not the real reason I’ve turned off the snooze button and decided to keep my REM sleep game intact. It’s more because the League is decidedly down this year. It’s not even about how bad the East is. (insert random voice asking: “Khalid, how bad is it?”) Well okay, since you asked, it’s so bad as to render the entire League less interesting. The East has been down for almost a decade now so this is not some new event, but it’s about 5 or 6 notches worse than last year. At least last season Detroit and Miami were among the top 5 or 6 teams pretty much for the whole campaign.

This year I don’t think there is an East team in the top 7 period. The Sixers just sent down backup PG Louis Williams to the NBDL and I’m like, Well, damn just send the whole team down. Or the whole Atlantic division for that matter.

Thankfully we’re in the early stages of what’s setting up to be one of the greatest college basketball seasons ever. We’ve already had a classic (Kansas/Florida) and its not even December yet.

See, I’ve never been one of those basketball purist types who sit around all day and expound on the greatness of the college game. The comp is better they say, and they are more passionate and they play unselfish. Yeah, yeah. But this season they got something, they have a legitimate point. The comp is better; there are several teams from across the nation who have the potential to win the national title. But you can’t possibly tell which teams are gonna be there in the end — the very nature of the college game prohibits it. It could be UNC, Pitt, UCLA, Kansas or Ohio State. Maybe even Arizona if things fall right for them.

In the NBA its gonna either be the Spurs, Suns, Heat or Mavs. Nobody can convince me otherwise. In the NBA there are a dearth of big men. That’s why a flawed team like Cleveland can actually contemplate a trip to the Finals, even though they have a pair of baby boomers in their point guard rotation. That’s why an inexperienced team like Orlando, just because they have Dwight Howard, are a trade away from a Finals appearance when you know damn well in anything but this bizarro world Eastern Conference just making the Playoffs would suffice as a successful year. But since there are no big men that can defend the paint or block shots than teams with slashers and/or talented players at the 4 can challenge.

In the NCAA’s you’ve got Noah, Oden, Durant, Hansbrough, Horford, Big Baby, Hibbert and McRoberts and Gray. And that’s just some of the talent. Not too mention an ill frosh class that includes Paul Harris, Chase Budinger and Tywon Lawson.

What does all this mean? It means that you won’t have to wait until the spring to see some “worth your time” basketball games. That there is actually some intrigue, some excitement and some moments in which you’ll be amped to get home and turn the game on.

So basically Dick Vitale was right all along. Dammit.