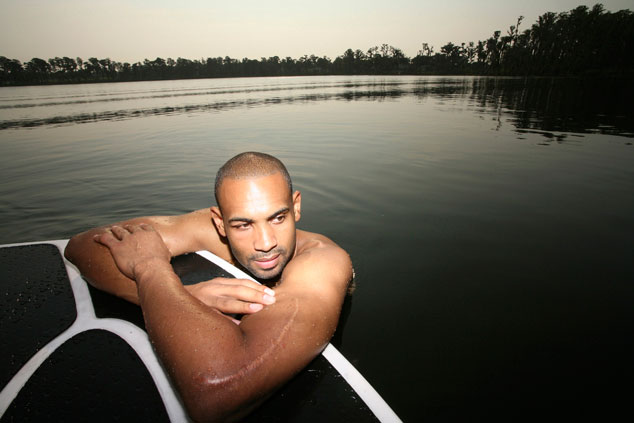 After what seemed like countless injury-plagued seasons, Grant Hill landed in Phoenix where he hoped to have a chance to showcase his undeniable talents. Whether Hill’s smile is caused by the opportunity for a shot at the title he was given by the Suns, playing with Steve Nash, or his beautiful surroundings, he certainly was enjoying his time on the water.—Adam Fleischer