The Sonics and Howard Schultz: Throwback 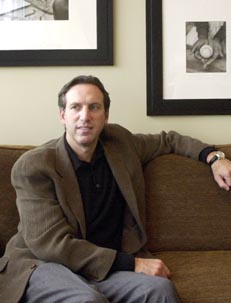 Starbucks Chairman Howard Schultz spent many seasons sitting courtside at KeyArena before buying the Sonics five years ago. He probably gets his seats for free now, but that hasn’t dampened his passion for his team. So we sat down over a cup of coffee and let him tell it.

SLAM: You bought your favorite team, which is a fan’s fanstasy. Tell the truth — is it actually a drag?

HS: Not at all. Unfortunately, the economics of our situation are like a cloud that’s hanging over us. We probably have the worst arena deal of any professional team in America, which creates some unique burdens. We were able to turn the team around in four years. We bought an almost broken franchise, fracturing in terms of its relationship with its fan base and how the team was functioning. That was the end of the Gary Payton era and only one player — Rashard Lewis — remains. We made a very determined effort to build the team around guys who would be great players and people, and be compatible with the Northwest. One important part of that has been drafting guys from great programs like Nick Collison and Luke Ridnour, and the other crucial part has been the maturity of Rashard Lewis and leadership of Ray Allen.
SLAM: Ray is the centerpiece, newly re-signed with a new $85 million dollar contract. Was it easy offering him all that money?
HS: The way he handled himself last year, it was a no-brainer. Ray has the complete respect of his teammates, is a great player and is very involved in the community. He is the glue that holds it all together. Some people question giving a guard a five-year deal at age 30, but Ray takes great care of himself, his preparation is impeccable, and he understands and embraces the expectations of him on and off the court. Signing someone to that kind of deal is making a bet on the person, and Ray absolutely deserves that sort of loyalty and support.
SLAM: Gary Payton was not the guy you wanted to build around?
HS: Gary has been a tremendous player, with a Hall of Fame career. He gave a tremendous amount to this franchise and I would never say anything bad about him, but we had to make significant changes, and Gary’s glory days were behind him. Also, he was about to become a free agent. That trade was very important to everything we’ve done since.
SLAM: As the head of a Fortune 500 company, you were already a public figure, but did you realize how different it would be in a business where the “customers” are so passionate?
HS: Not the degree of difference. You quickly realize how personally the fan base takes everything. That made the success we had last year all the more satisfying. Now the fans have higher expectations and that concerns me a little bit.
SLAM: Where do you rank yourself as an involved owner, on a scale from Cuban to Sterling?
HS: [Laughs] When I enter the arena, I’m a fan and I’d never do anything to cross the line and demonstrate myself. A lot of my success at Starbucks has been surrounding myself with great people and leaving them alone.
SLAM: Why is Nate McMillan no longer your coach?
HS: I think after 19 years with the Sonics, Nate thought it was time to move on. And once Paul Allen and the Blazers offered him huge money, it was simple economics. He brought so much to this franchise. There was no animosity or bitterness.
49
You Might Also Like