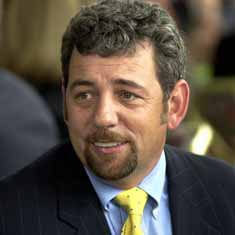 After the debacle of last season, you’d think that the Knicks hit their low point, which for the fans would be their high point since it would force owner James Dolan to take action. You would think that a team with the highest payroll in the league, the highest paid coach who had to be bought out, a sexual harrasment suit against the GM, empty seats, and so on, would be such a money hole that the owner would have to take whatever he could get for such a financial disaster. Apparently not.

The Knicks are still the NBA’s most valuable franchise, with the most revenue even though they also had the greatest financial loss. According to Forbes Magazine, the Knicks value increased 9 percent the past year to $592 million. James Dolan has to be laughing at everyone that gets all worked up about the play on the court. Like he says, the New York Knicks only make up 3 percent of the Cablevision empire. He’s never selling the team.