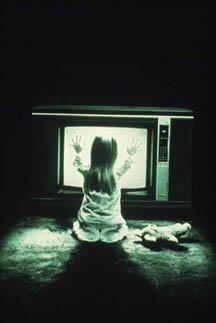 We can blame matchups, timing, whatever—but the bottom line is that the San Antonio Spurs are back in the NBA Finals for the third time since 2003, and none of us saw it coming. Look back in SLAM 108. Eight of us predicted the eventual champs, eight of us picked teams from the Western Conference. Six went with Dallas, two with Phoenix. No one picked the Spurs. Yet here they are. Once again.

Word was they were old. Really? Robert Horry is, of course (one of the few, the proud, the NBA players older than me), as are Bruce Bowen, Michael Finley and Brent Barry. But Tim Duncan is only 31, and both Manu Ginobili and Tony Parker are on the safe side of 30. Bowen, who’s played in all 82 games over the past five seasons, isn’t exactly your average 35-year old. And Finley fills that Webber/McDyess role, a veteran looking for that elusive ring to cap off a stellar career. Old? Hardly.

Had anyone from the Spurs organization seen our predictions (which I’m sure they did), they probably would have laughed. No offense taken. Because, if you’ve been watching the playoffs you realize this is the way they like it. Let other teams get the attention. Meanwhile, they just execute and execute and execute. In every sense of the word. Ask the Denver Nuggets. Ask the Phoenix Suns. Ask the Utah Jazz.

New teams come, new teams go, but the San Antonio Spurs—like The Dude—abide. Tony Parker streaks to the rim for layups, Michael Finley buries open three pointers, Tim Duncan goes glass, Bruce Bowen finds your sore spot and prods and pokes it until you snap. They execute. And move on.

Some of you may have actually carried through with your threats—stopped watching the playoffs after the refs allegedly stole the series from Phoenix (I won’t rehash—my opinions on that matter are already on record). That’s a shame. Because if you did, you missed the finest quarter of basketball played this year. That happened last night, the first quarter of Game Five. The Spurs did EVERYTHING right. Everything. Jerry Sloan called an early time out to regroup, then could only sit back and watch as the Spurs ran off a 10, 12, 14-0 run. He could have called time again, but I think even he knew that there was no stopping what can’t be stopped. When Tony Parker flicked a perfect alley-oop to a cutting Tim Duncan (the best player in the game, by the way), it was obvious. This game, this series, was over. And the Spurs have to be considered the overwhelming favorites to win the 2007 NBA title.

No matter what we told you.