This Time, Varejao and the Cavs Promise to Play Nice 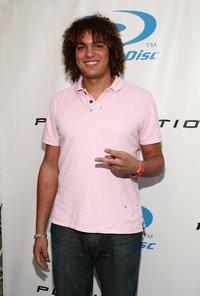 Bizarrely enough, there was a ton of attention devoted to Cleveland Cavaliers forward Anderson Varejao prior to the start of the 2008 season.

The flop-tastic Brazilian and his agent (Dan Fegan) were locked into a seemingly interminable battle with the Cavs’ front-office, a tussle that mercifully ended in December when Cleveland matched a contract offer from the Bobcats.

According to both sides, that nightmarish episode will not play itself out again next summer, when Varejao will likely opt out of his deal and become an unrestricted free agent.

“In retrospect, both parties made the right business decision,” Fegan said. “His qualifying offer was $1.2 million. Based on that, they played their hand to sign him to a longer deal at a lower number. If I had it to do over again, I would have taken the emotion out of the process and tried to conclude it a lot faster.”

“He’s a guy we’d like with the organization going forward,” [GM Danny Ferry] said. “I like Andy.”

Sign him to a long-term deal, don’t sign him. I don’t really care either way. Just don’t make me think about Sideshow Bob too much.