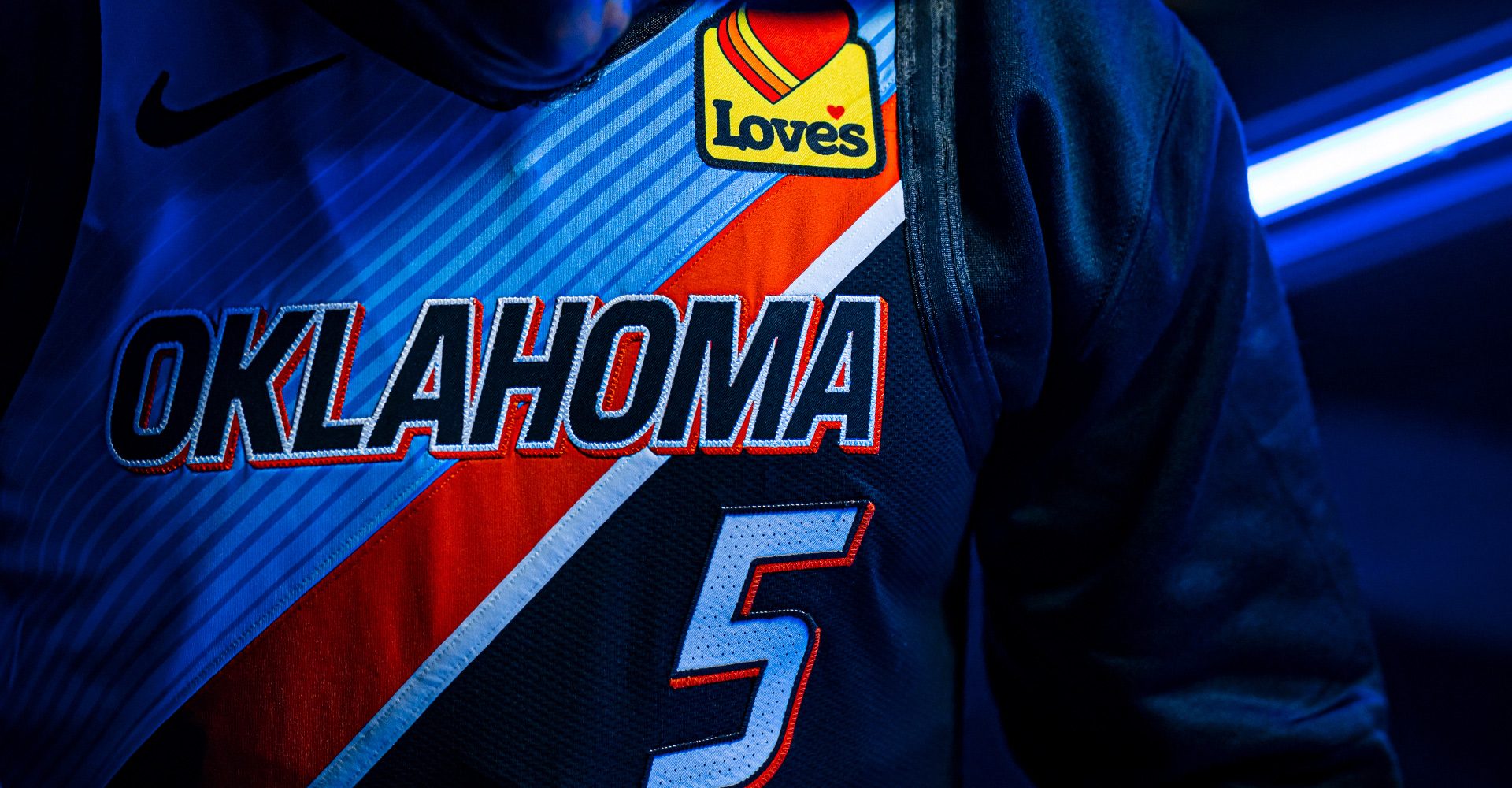 Yet another City Edition uniform has been unveiled as teams continue to show off their new threads. This time, it’s the Oklahoma City Thunder, who will wear a uniform unlike any other they’ve worn in the past.

The Thunder launched an official website with details around each individual piece of the uniform and the underlying significance. With “Oklahoma” across the chest, the uniform center brings Oklahoma as a whole into focus.

Inspired by the state flag’s typographic style, the forefront of the jersey celebrates the history and experiences endured together as Oklahomans.

The overall color scheme is primarily blue and black, with a thick, orange stripe, and a smaller white stripe, running diagonally across the jersey and shorts to separate the blue and black. These colors are inspired by Oklahoma sunsets. Above the tag is the word “unite”, which is meant to represent the fearlessness of Oklahomans, who take risks, challenge each other to reach further and aim higher, and forge onward for the sake of progress – together.

The shorts carry a similar pattern as the jersey, with “Thunder” embroidered vertically on one side of the shorts, and the Thunder shield logo is on the other. This will be the first time that the Thunder will wear a jersey that just says “Oklahoma”.

According to the official press release, the uniform is being unveiled today because it’s Oklahoma Statehood Day, marking the 113th anniversary of President Theodore Roosevelt issuing the proclamation that established Oklahoma as the 46th state in the Union.