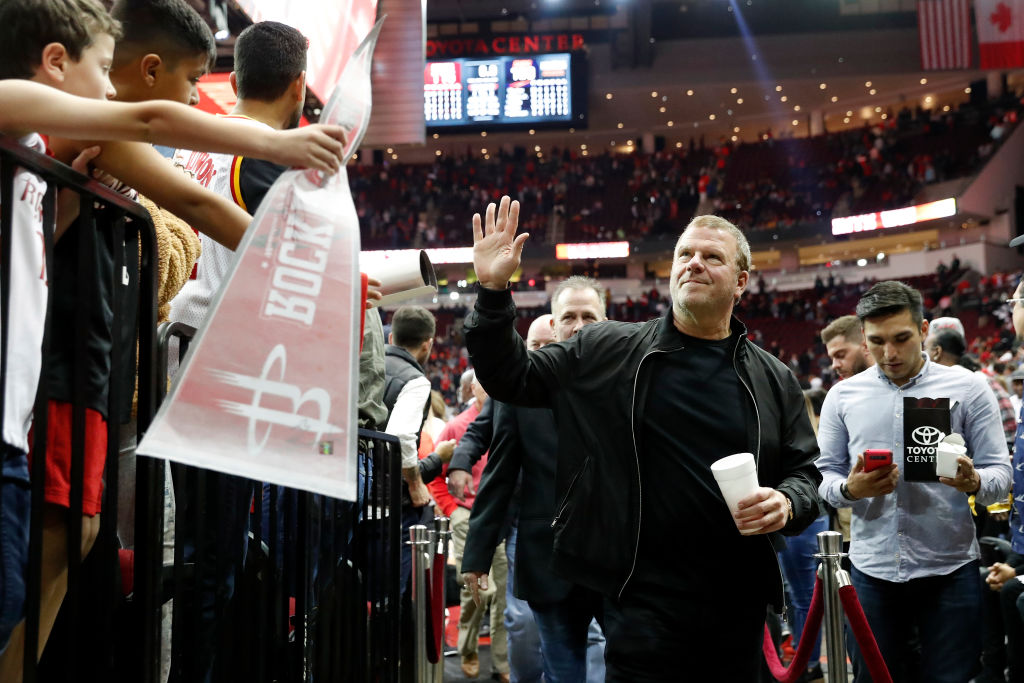 Despite concern that billionaire Tilman Fertitta’s ownership of the Houston Rockets could be impacted by the COVID-19 shutdown, the man himself insists that the franchise is in a stable position, buffered from external influences.

“The Rockets would never be sold, unless the whole world came to an end and then it wouldn’t matter, ok?” Fertitta told Sam Amick of The Athletic. “If I ever sell the Rockets, it’s because we don’t exist anymore as a country with the rule of law. We’re having anarchy in the street, and at that point there’s no buyers.”

Fertitta’s 100% ownership stake in the Rockets has been the subject of speculation during the global shutdown as countries around the world manage the ongoing pandemic. Much of Fertitta’s fortune revolves around his ownership of restaurants and casinos, two industries considerably impacted by the temporary shutdowns.

Fertitta tells Amick that the Rockets have ample cash flow and are buffered from his other business ventures. That “silo” effect protects his family’s investment in the franchise despite any impact that extended shutdowns have had on the rest of his portfolio.

“I have cash flow to last me a long, long time with no restaurants opening,” Fertitta said. “But yet, by this weekend, I’m going to have over 200 [restaurants] open and almost all my hotels open.“